The epic conclusion to Rae Carson’s Fire and Thorns trilogy. The seventeen-year-old sorcerer-queen will travel into the unknown realm of the enemy to win back her true love, save her country, and uncover the final secrets of her destiny.

*** If you are not up-to-date in this series, there will be spoilers for The Girl of Fire and Thorns and The Crown of Embers in the following review. ***

When we last left Elisa & Co. in The Crown of Embers, the situation was admittedly a little dire. And by a little, I really mean, “the fiery pit is right this way, and please, take a complimentary hand basket as you plunge straight into it.” More specifically, at the end of the last book, Elisa found herself at risk of losing her country to traitors and civil war, betrayed by a confidante, and the man she loves being forcibly taken from her by her enemies. What Elisa does have in her favor however, is a greater understanding of herself, better knowledge of her limits, what she’s capable of, what she’s willing to risk, what she’s not willing to lose, a new-found confidence, a sense of purpose and conviction, and an impressive and growing grasp of political strategy. Plus, a handful of trustworthy and loyal friends. And really, aren’t those some of the most effective weapons a girl – a queen – can have in her arsenal? Bad dudes, beware.

Elisa. Though this series is incredibly sweeping and epic, though the fate of the nations hang in the balance, the crux of the Fire and Thorns trilogy has always, ever been the development of Elisa. Elisa discovering, deciding and accepting who she is, the woman she wants to be, and the queen she must be. Her character arc over the course of these three books has possibly been the absolute best I’ve ever read. From the naïve, timid, uncertain, practically (and purposefully) useless girl who was sure her divine destiny must be some kind of cosmic oversight, to who she’s becoming – the independent, confident, capable, cunning warrior queen who both embraces and makes her own path.  Elisa’s development as a character is gradual, believable, and despite her somewhat fantastic and magical circumstances, universally relatable. She’s a character that feels very human and authentic – unfinished, imperfect, but in progress. Remarkably self-aware, she struggles to know herself inside and outside of the greater context of her destiny and political position. And it’s this inner conflict, her willingness to wrestle with the tough questions, to have her mettle tested, her character tried by fire, that makes her such a fantastic character.

Though Elisa makes some major breakthroughs in The Crown of Embers, her journey is far from over. In The Bitter Kingdom, I love in particular her internal war between acting on her instincts as an individual and acting according to her duty as queen and protector of a kingdom – making those hard decisions for the greater good. Elisa as an individual and ruler can never be two mutually exclusive ideas – both sides of her, of course, make up a whole. She’s already realized in The Crown of Embers that she must let her own convictions influence her political decisions. But she’s also being constantly reminded that being a good leader means sacrifice, great and small, and it’s interesting to watch her respond, adapt, maneuver through a variety of situations, weighing both her individual feelings and the best course of action when they contradict each other.

Hector. Oh. Seriously, where do I even begin with Hector? I mean, Rae’s pretty much given us the best romantic lead OF. ALL. TIME. Not that Hector doesn’t have his faults. He’s not perfect, not invincible, not a “paragon of male virtue” or anything quite so ridiculous as that. But he’s just…so… honorable, his love of Elisa such a beautiful thing, his counsel wise, his loyalty unquestionable, his duty unwavering. He respects Elisa’s independence, her authority, her ability to lead, her decisions, her instincts. He protects Elisa, but at the same time helps her learn how to protect herself not just physically, but politically in Joya d’Arena’s political shark tank. Hector is a rock for her to lean on, but he also is a force that pushes and challenges her to be more self-sufficient, to realize her full potential as a person and a ruler. And this, ultimately, is why I love him.

So, “previously on the continuing saga of Fire and Thorns…” we saw Hector taken prisoner and hauled away by the diabolical Invierno Franco who issued an ultimatum to Elisa: come to Invierne and surrender herself, or Hector gets the axe. While I’m not going to even hint at what happens with his story, I will say this, “Dual narration, y’all!” High fives for EVERYONE! Yup. I about keeled over from sheer joy when I saw that first chapter heading with Hector’s name splashed across it… but I managed to pull it together so I could make it to the end of the book. <whew>

Storm. He surprised me, in many ways in this book, but chiefly in that he managed to become one of my favorite characters in this entire series.

Romance. Every relationship has it’s problems, but I was keenly interested in seeing how (and if) Hector and Elisa’s relationship would proceed from where they left off in The Crown of Embers, which was a rather rocky place – her having lied to him about her intentions to find the zafira, and him being understandably upset and hurt – a place of cool politeness and distance. And then he was captured, which brought things into perspective a little more sharply for them both. And then, if it wasn’t already complicated enough, after Hector was dragged away, out of political necessity, Elisa officially announced their engagement… without actually asking Hector to marry her.

So. Breach of trust. Impending death. One-sided engagement. You know… just a few teensy, tiny hurdles on the road to happily ever after.

And though the story is about much more than Hector and Elisa’s romance, it’s definitely a large driving force in the story. It’s a part of Elisa’s taking charge of her own destiny, and it is fantastic. It’s passionate, and wonderful, yet Rae does a good job keeping it all in perspective.

Story. I’m not sure how Rae does it, but with every book in this trilogy, the story gets a little more exciting, a little more fast-paced, a little more epic. And truly, it does have that epic feel. It’s a story with so many facets, with a large cast of fully-realized and varied characters, with multiple, complex arcs big and small, stuffed to the brim with all sorts of dangers, romances, intrigues, and adventures… and it just all comes together so seamlessly. Desert treks, rebel camps, sorcerers, a world with magic at it’s core, shipwrecks, daring escapes, ancient feuds, heart-stopping twists, court intrigue, bows ‘n arrows, highwaymen, lost love, new-found love, loss, grief, betrayal, a journey over and under a mountain – this trilogy has it all, and The Bitter Kingdom is no exception. Seriously, politics have never been so breathlessly exciting.

Overall. Epic. Brilliant. Romantic. Thrilling. The Bitter Kingdom surpassed all my expectations, and is the perfect conclusion to this fantastic trilogy. This! This is fantasy well-done. 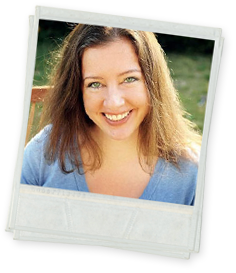 Rae Carson is the award-winning author of The Girl of Fire and Thorns Trilogy. She was named a Publishers Weekly Flying Start author for Fall 2011 and was a finalist for the Morris, Cybils, and Andre Norton Awards. Her first novel was named to ALA’s Top Ten Best Fiction for Young Adults list.

Rae lives in Ohio with her husband, novelist C.C. Finlay, two stepsons, and two very naughty kitties. She is hard at work on her next trilogy.