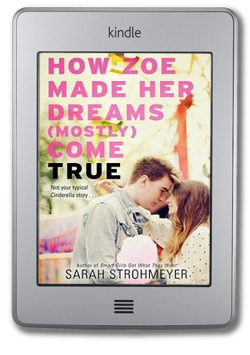 When cousins Zoe and Jess land summer internships at the Fairyland Kingdom theme park, they are sure they’ve hit the jackpot. With perks like hot Abercrombie-like Prince Charmings and a chance to win the coveted $25,000 Dream & Do grant, what more could a girl want?

Once Zoe arrives, however, she’s assigned to serve “The Queen”-Fairyland’s boss from hell. From spoon-feeding her evil lapdog caviar, to fetching midnight sleeping tonics, Zoe fears she might not have what it takes to survive the summer, much less win the money.

Soon backstabbing interns, a runaway Cinderella, and cutthroat competition make Zoe’s job more like a nightmare than a fairy tale. What will happen when Zoe is forced to choose between serving The Queen and saving the prince of her dreams?

“Why would the poultry industry spread a myth that chickens were cannibals?” he asked.

“So you wouldn’t feel bad eating their eggs.”

I wouldn’t feel bad eating their eggs if chickens were the sweetest things on earth. You know why?”

“Because they’re . . . chickens!” He threw up an arm. “And where I’m from in Texas, chickens are a vegetable.”

~8%, How Zoe Made Her Dreams (Mostly) Come True by Sarah Strohmeyer 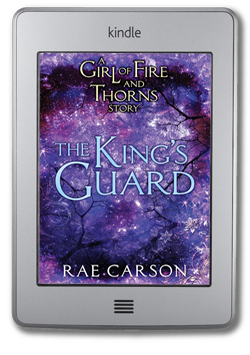 At fifteen years old, Hector is the youngest squire in the most elite military force in the country. And his first day is disastrous. Everyone assumes the only reason he was recruited is his close personal association with King Alejandro, not because he’s really earned it.

But Alejandro needs Hector for a secret mission, one that gives him the chance to prove to everyone—including himself—that he is worthy to be a Royal Guard. Hector must break into the ancient Fortress of Wind to retrieve something so important that the kingdom’s future depends on it. What Hector finds in the fortress will stretch his bond of friendship with his king near to breaking. And it will prepare him to become the fearsome warrior and lord commander Elisa will never let go.

“Your Majesty,” I say, bowing.  “You don’t look a day older than when last I saw you.”  My face flames, and I wish I could suck the words back.  I never know what to say around women.