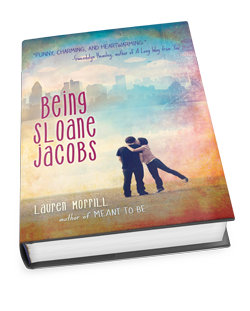 Meet Sloane Emily Jacobs: a seriously stressed-out figure-skater from Washington, D.C., who choked during junior nationals and isn’t sure she’s ready for a comeback. What she does know is that she’d give anything to escape the mass of misery that is her life.

Now meet Sloane Devon Jacobs, a spunky ice hockey player from Philly who’s been suspended from her team for too many aggressive hip checks. Her punishment? Hockey camp, now, when she’s playing the worst she’s ever played. If she messes up? Her life will be over.

When the two Sloanes meet by chance in Montreal and decide to trade places for the summer, each girl thinks she’s the lucky one: no strangers to judge or laugh at Sloane Emily, no scouts expecting Sloane Devon to be a hero. But it didn’t occur to Sloane E. that while avoiding sequins and axels she might meet a hockey hottie—and Sloane D. never expected to run into a familiar (and very good-looking) face from home. It’s not long before the Sloanes discover that convincing people you’re someone else might be more difficult than being yourself.

Um, I still love The Parent Trap… and this sounds kinda like that without the whole… uh… parent trap part. (Maybe I should go with a Prince & The Pauper comparison? Whatevs.  You get me, right?)  To sum up: the whole “grass being greener” premise intrigues me.  Plus, I absolutely love the hilarity and romance of Meant To Be, so yeah… gots to have this one. 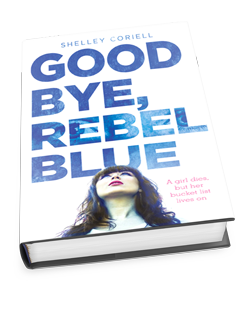 Rebecca Blue is a rebel with an attitude whose life is changed by a chance encounter with a soon-to-be dead girl. Rebel (as she’s known) decides to complete the dead girl’s bucket list to prove that choice, not chance, controls her fate. In doing so, she unexpectedly opens her mind and heart to a world she once dismissed—a world of friendships, family, and faith. With a shaken sense of self, she must reevaluate her loner philosophy—particularly when she falls for Nate, the golden boy do-gooder who never looks out for himself. Perfect for fans of Jay Asher’s blockbuster hit Thirteen Reasons Why, Coriell’s second novel features her sharp, engaging voice along with realistic drama and unforgettable characters.

A girl’s quest to find meaning in life.  This sounds like a contemporary that’s right up my alley.