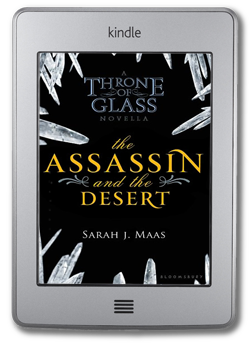 The Silent Assassins of the Red Desert aren’t much for conversation, and Celaena Sardothien wouldn’t have it any other way. She’s not there to chatter, she’s there to hone her craft as the world’s most feared killer for hire. When the quiet is shattered by forces who want to destroy the Silent Assassins, Celaena must find a way to stop them, or she’ll be lucky to leave the desert alive.

“With nothing else to distract her, Celaena eventually returned to thinking about Sam.  Even weeks later, she had no idea how she’d somehow gotten attached to him, what he’d been shouting when Arobynn beat her, and why Arobynn had thought he’d need three seasoned assassins to restrain him that day.” 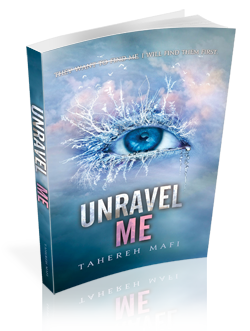 Juliette has escaped to Omega Point. It is a place for people like her—people with gifts—and it is also the headquarters of the rebel resistance.

She’s finally free from The Reestablishment, free from their plan to use her as a weapon, and free to love Adam. But Juliette will never be free from her lethal touch.

Or from Warner, who wants Juliette more than she ever thought possible.

In this exhilarating sequel to Shatter Me, Juliette has to make life-changing decisions between what she wants and what she thinks is right. Decisions that might involve choosing between her heart—and Adam’s life.

“2 weeks have collapsed at the side of the road, abandoned, already forgotten.  2 weeks I’ve been here and in 2 weeks I’ve taken up residence on a bed of eggshells, wondering when something is going to break, when I’ll be the first to break it, wondering when everything is going to fall apart.  In 2 weeks I should’ve been happier, healthier, sleeping better, more soundly in this safe space.  Instead I worry about what will happen if I can’t get this right, if I don’t figure out how to train properly, if I hurt someone by accident.” 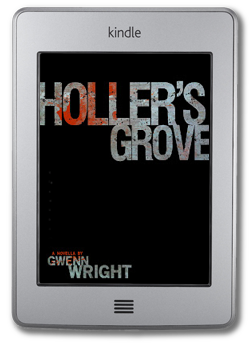 In a departure from her young adult, gothic mystery series The von Strassenberg Saga, Wright dives into a cozy tale of murder in the small town of Holler’s Grove. Newbie reporter Liza McPherson has been laid off from her blogging post with a big newspaper in Oregon. Jobless, out of money, and breaking the promise she made to herself to NEVER go back, she gives in and returns home to Holler’s Grove. Not even a day goes by before Liza learns that a lot has changed since high school and some of the warm welcomes she receives turn deadly cold.
**Written from a Christian worldview

“‘True. But you always were bad for that. And you didn’t make me unpack anything.’

‘Yet.’ Liza poked her in the side and shuddered at the lack of padding. Jenny was all bone. She would go to the store and gather fixings to make her old friend a proper meal, or at least a meal anyway. Cooking really wasn’t her forte.”