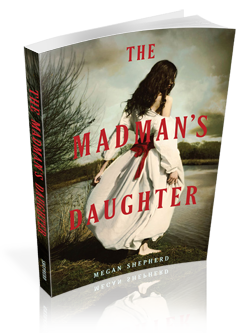 London, 1894. Juliet Moreau has built a life for herself—working as a maid, attending church on Sundays, and trying not to think about the scandal that ruined her life. After all, no one ever proved the rumors about her father’s gruesome experiments. But when she learns her father is alive and continuing his work on a remote tropical island, she is determined to find out if the accusations were true.

Juliet is accompanied by the doctor’s handsome young assistant and an enigmatic castaway, who both attract Juliet for very different reasons. They travel to the island only to discover the depths of her father’s madness: he has created animals that have been vivisected to resemble, speak, and behave as humans. Worse, one of the creatures has turned violent and is killing the island’s inhabitants. Juliet knows she must end her father’s dangerous experiments and escape the island, even though her horror is mixed with her own scientific curiosity. As the island falls into chaos, she discovers the extent of her father’s genius—and madness—in her own blood

Hereditary madness?  A girl warring with her  morality and her scientific curiosity?  I’ve never actually read The Island of Dr. Moreau, but I suppose I will have the perfect excuse to go ahead and read it between now and then. 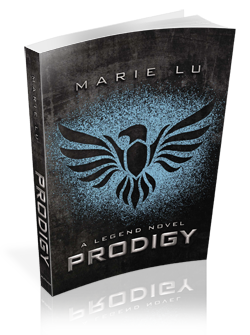 June and Day arrive in Vegas just as the unthinkable happens: the Elector Primo dies, and his son Anden takes his place. With the Republic edging closer to chaos, the two join a group of Patriot rebels eager to help Day rescue his brother and offer passage to the Colonies. They have only one request—June and Day must assassinate the new Elector.

It’s their chance to change the nation, to give voice to a people silenced for too long.

But as June realizes this Elector is nothing like his father, she’s haunted by the choice ahead. What if Anden is a new beginning? What if revolution must be more than loss and vengence, anger and blood—what if the Patriots are wrong?

Doesn’t it just sound yummy?  I loved Legend so I can’t wait to see where Marie Lu takes Day and June next.  SO EXCITED FOR THIS BOOK!!!