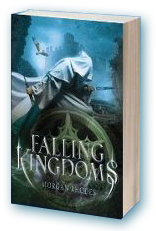 In a land where magic has been forgotten but peace has reigned for centuries, a deadly unrest is simmering. Three kingdoms grapple for power—brutally transforming their subjects’ lives in the process. Amidst betrayals, bargains, and battles, four young people find their fates forever intertwined:

Cleo: A princess raised in luxury must embark on a rough and treacherous journey into enemy territory in search of a magic long thought extinct.

Jonas: Enraged at injustice, a rebel lashes out against the forces of oppression that have kept his country impoverished—and finds himself the leader of a people’s revolution centuries in the making.

Lucia: A girl adopted at birth into a royal family discovers the truth about her past—and the supernatural legacy she is destined to wield.

Magnus: Bred for aggression and trained to conquer, a firstborn son begins to realize that the heart can be more lethal than the sword…

The only outcome that’s certain is that kingdoms will fall. Who will emerge triumphant when all they know has collapsed?

“Staring into Sabina’s suddenly cold eyes, Jana at first didn’t feel the sharp tip of the dagger sink into her chest.  She gasped as the pain began to penetrate.  They’d shared every day, every dream…every secret.

However, it would appear, not every secret.” 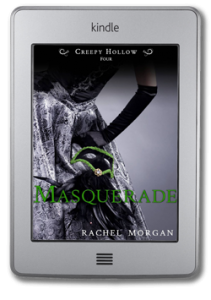 Betrayed by the guy who supposedly loved her, Violet deals with her anger and hurt by teaming up with her archrival Ryn to help him find his missing sister. Hanging out with Ryn isn’t high on Vi’s list of things to do, but she kind of owes him after he inconveniently saved her life recently. As the two of them struggle to put their differences aside, they find themselves drawn into a plot much greater than a single missing child. A plot with Violet herself at the center.

‘I do not need more cleavage.’

‘Look, I’m just saying it would be easier to get past the guy at the door if you had a little more chest to flash at him.’

He gives me a cocky smile.  ‘Well, we’ve got that part covered then, haven’t we?’

I cross my arms and glare at him.  ‘There, perfect!’ he says, pointing at my chest.  ‘Now just keep your arms crossed.'” 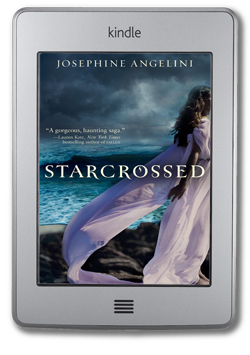 Set on the island of Nantucket, STARCROSSED tells the tale of Helen Hamilton, a young woman whose destiny is forever altered when she meets Lucas Delos and tries to kill him in front of her entire high school. Which is terribly inconvenient, not only because Lucas is the most beautiful boy on the island, but also because Helen is so achingly shy she suffers physical pain whenever she is given too much attention.

Making matters worse, Helen is beginning to suspect she’s going crazy. Whenever she’s near Lucas or any member of his family she sees the ghostly apparitions of three women weeping bloody tears, and suffers the burden of an intense and irrational hate. She soon learns that she and Lucas are destined to play the leading roles in a Greek tragedy that the Three Fates insist on repeating over and over again throughout history. Like her namesake, Helen of Troy, she’s destined to start a war by falling in love. But even though Lucas and Helen can see their own star-crossed destiny, they’re still powerfully attracted to each other. Will they give up their personal happiness for the greater good, or risk it all to be together?

“Now that his target was being protected by his own family, he had few options but to wait and see if she was stupid enough to go out on her own. He was hoping that if she went anywhere it would be to the place she had once called home.”