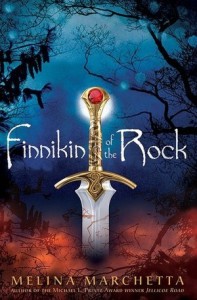 At the age of nine, Finnikin is warned by the gods that he must sacrifice a pound of flesh to save his kingdom. He stands on the rock of the three wonders with his friend Prince Balthazar and Balthazar’s cousin, Lucian, and together they mix their blood to safeguard Lumatere.
But all safety is shattered during the five days of the unspeakable, when the king and queen and their children are brutally murdered in the palace. An impostor seizes the throne, a curse binds all who remain inside Lumatere’s walls, and those who escape are left to roam the land as exiles, dying by the thousands in fever camps.
Ten years later, Finnikin is summoned to another rock—to meet Evanjalin, a young novice with a startling claim: Balthazar, heir to the throne of Lumatere, is alive. This arrogant young woman claims she’ll lead Finnikin and his mentor, Sir Topher, to the prince. Instead, her leadership points them perilously toward home. Does Finnikin dare believe that Lumatere might one day rise united? Evanjalin is not what she seems, and the startling truth will test Finnikin’s faith not only in her but in all he knows to be true about himself and his destiny.
In a bold departure from her acclaimed contemporary novels, Printz Medalist Melina Marchetta has crafted an epic fantasy of ancient magic, feudal intrigue, romance, and bloodshed that will rivet you from the first page.

“Sometimes fathers can’t protect their children, Evanjalin.  Did yours save you from harm?”  Sir Topher asked, knowing the question was cruel.

“No,” she responded fiercely.  “But my father would warn, ‘Be prepared for the worst, my love, for it lives next door to the best.’ And for that I thank him each day of my life.”

~ p. 81, Finnikin of the Rock by Melina Marchetta 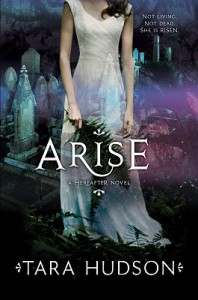 “I sighed wearily and met his eyes. ‘How long was I gone this time?’  I asked him.

‘Gone?‘  he whispered, frowning.  ‘Amelia, you’ve been right beside me for the last twelve hours.'” 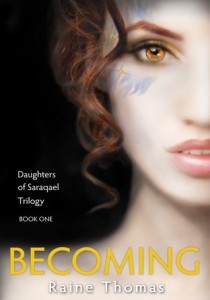 Every three years, Amber Hopkins explodes. Okay, not a blown-to-smithereens explosion, but whatever it is always hurts like hell and leaves her life a shambles. She’s already worked her way through five foster placements, and she’s doing whatever she can to avoid getting blasted into a sixth.
As her eighteenth birthday approaches and she feels the strange and powerful energy building, disaster looms. When the inevitable explosion occurs, her life gets its biggest shakeup yet. She’ll not only learn how her fellow foster and best friend, Gabriel, really feels about her, but she’ll discover that she isn’t really without family.
To top it all off, she’ll finally find out why she’s having the power surges: she isn’t entirely human.
Amber must Become, transitioning to another plane of existence and risking the loss of the most important relationship she’s ever had. Her choice will impact the future of an entire race of beings, and will pit her against an enemy that will prey upon her doubt to try and take her very life.

Kind of makes the explosions now seem like a cakewalk.

“He was now on all fours with his head down. Even as she watched, a steady stream of blood poured from his nose and onto the floor.”

“Again the lights shifted to focus on her, glittering on the gold accents in her hair and across her midriff. Because she now faced mostly away from him, Gabriel allowed his gaze to rove over the remarkable strength and beauty displayed in her ceremonial outfit.”