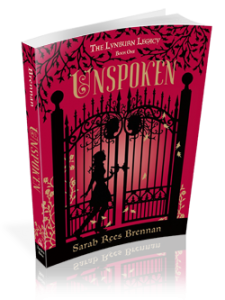 The Lynburn family has owned the spectacular and sinister manor that overlooks Sorry-in-the-Vale for centuries. The mysterious twin sisters who abandoned their ancestral home a generation ago are back, along with their teenage sons, Jared and Ash, one of whom is eerily familiar to Kami. Kami is not one to shy away from the unknown—in fact, she’s determined to find answers for all the questions Sorry-in-the-Vale is suddenly posing. Who is responsible for the bloody deeds in the depths of the woods? What is her own mother hiding? And now that her imaginary friend has become a real boy, does she still love him? Does she hate him? Can she trust him?

Why do I want to read this book?  After meeting Sarah this past weekend, and seeing what a hilarious person she is…well, in person… I’m curious if her books are just as clever.  Plus, a gothic mystery?  sleepy English town, creepy manor houses, hearing voices, “bloody deeds,” the guy inside her head being real?  Sounds interesting, and I can’t wait to read it! 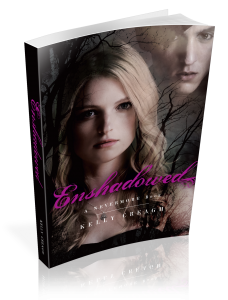 Varen Nethers is trapped in a perilous dream world — a treacherous and desolate realm where the terrifying stories of Edgar Allan Poe come to life. Isobel Lanley, plagued by strange visions and haunted by the nightmares of Varen’s creation, is the only one who can save him.

Isobel knows that her only hope lies within a Baltimore cemetery. There, in the early morning hours of Edgar Allan Poe’s birthday, a mysterious stranger known as the “Poe Toaster” will make his annual homage at the legendary poet’s grave.

Only the Poe Toaster holds the key to the way between worlds. But even greater dangers lie ahead for Isobel. An ancient evil, draped in veils of white, is watching, challenging her for Varen’s affections. When Isobel finally finds Varen, he is no longer the quiet and brooding boy who once captivated her, but a dark force, powerful and malevolent.

The closer I get to August, the more and more I need this book! I am so looking forward to more Varen and Isobel, more of the dreamworld, more Poe! Sigh, I can’t wait! 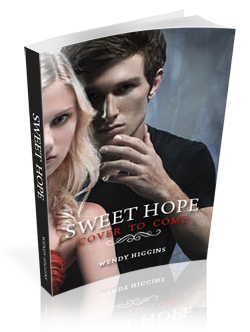 Expected Publication: This title has not yet been picked-up for publication. The author will update information when applicable

Haunted by demon whisperers, Anna does whatever she can to survive, even if it means earning an unwanted reputation as her school’s party girl. And all the while there’s Kaidan Rowe, plaguing her heart and mind.

When an unexpected lost message from the angels surfaces, Anna finds herself traveling the globe with Kopano, son of Wrath, in an attempt to gain support of fellow Nephilim and give them hope for the first time. It soon becomes clear that whatever freedoms Anna and the rest of the Neph are hoping to win, will not be gained without a fight. Until then, Anna and Kaidan must put aside the issues that have formed between them, overcome the steamiest of temptations yet, and face the ultimate question: is loving someone worth risking their life?

I am dying to read the sequel to Sweet Evil by Wendy Higgins. The title is tentatively “Sweet Hope.” I was so satisfied when I finished Sweet Evil, but as the next hour passed, and I digested it some more, I became unhappy with where the story leaves off. That’s why I’m really, really looking forward to finding out more about the next installment. According to Wendy’s blog, we get more sequel info this month!