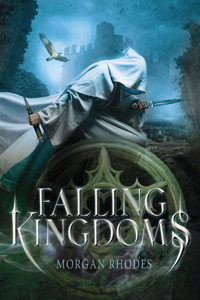 In a land where magic has been forgotten but peace has reigned for centuries, a deadly unrest is simmering. Three kingdoms grapple for power—brutally transforming their subjects’ lives in the process. Amidst betrayals, bargains, and battles, four young people find their fates forever intertwined:

Cleo: A princess raised in luxury must embark on a rough and treacherous journey into enemy territory in search of a magic long thought extinct.

Jonas: Enraged at injustice, a rebel lashes out against the forces of oppression that have kept his country impoverished—and finds himself the leader of a people’s revolution centuries in the making.

Lucia: A girl adopted at birth into a royal family discovers the truth about her past—and the supernatural legacy she is destined to wield.

Magnus: Bred for aggression and trained to conquer, a firstborn son begins to realize that the heart can be more lethal than the sword…

The only outcome that’s certain is that kingdoms will fall. Who will emerge triumphant when all they know has collapsed?

Why do I want to read this book?  Because it sounds freaking AMAZING in every single way.  Princesses with a destiny, supernatural legacies, revolutions, war, intrigue, implied romance, dual-wielding knife fights, hooded cloaks.  Slightly off-topic, If I ever get the chance to wear a cape-thingee (<– official terminology right there) and have it billow around me dramatically in slow motion like every, single cloak does in Lord of the Rings, my life will be complete.  Anyway, that’s why I must read this book.

So I’m torn this week on which book I’m more anxiously awaiting: 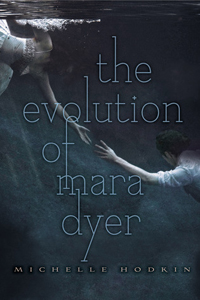 The Evolution of Mara Dyer

The truth about Mara Dyer’s dangerous and mysterious abilities continues to unravel in this gripping sequel to the thrilling “The Unbecoming of Mara Dyer.” One week after Mara walked into a police station in Miami at the close of “The Unbecoming of Mara Dyer,” she has been committed to psychiatric treatment for what her parents believe was a mental breakdown. But what seems like a hallucination to everyone else is a chilling reality for Mara. Someone from her past has discovered her strange, deeply disturbing secret and that someone wants her to pay. But when no one believes the truth, Mara is totally helpless. The only person on her side is Noah Shaw, as sexy and handsome as he is loyal and cunning. Noah is the only person who can help Mara–as long as he doesn’t get himself killed in the process. 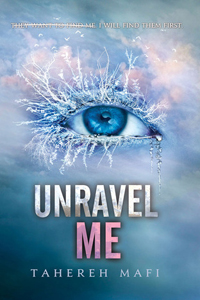 More Noah or more Adam? That is the question. Both extremely poetic prose. Both powerful and broken heroines. Both extremely swoonworthy book boys. Seriously, I cannot decide which one I’m more anxious for! Ahhh…this is painful.