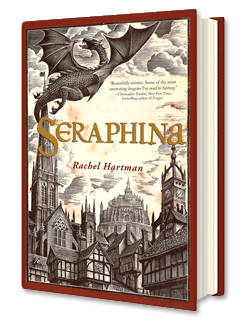 “That’s the secret to performance: conviction.  The right note played tentatively still misses its mark, but play boldly and no one will question you.  If one believes there is truth in art — and I do —  then it’s troubling how similar the skill of performing is to lying.  Maybe lying is itself a kind of art.  I think about that more that I should .”

“I became the very air; I was full of stars.  I was the soaring spaces between the spires of the cathedral, the solemn breath of chimneys, a whispered prayer upon the winter wind.  I was silence, and I was music, one clear transcendent chord rising toward Heaven .” 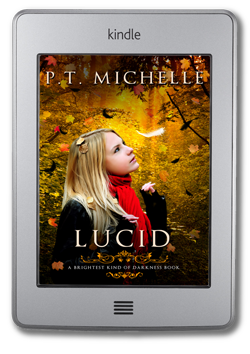 Once Nara combines her prophetic ability with Ethan’s power to outsmart Fate at his own deadly cat-and-mouse game, she’s more determined than ever to help Ethan learn the meaning behind the raven sword tattoo that suddenly appeared on his back after their confrontation with Fate.

During her quest to uncover the tattoo’s secrets, Nara enlists the help of some new friends and discovers her own surprising connection to Ethan.

While Nara digs deeper into the mystery, her desire for answers leads her down a dangerous path full of powerful and ruthless enemies. Swept into an age-old battle, Nara quickly learns that keeping one’s enemies close can be a necessary evil, making an intangible enemy she can control far more preferable to the human enemies she can’t.

“You’re going to learn to trust me if it kills you.”