Today we have Ron C. Nieto on the blog debuting her first novel, Silent Song!  I’ve known Ron for awhile now as a wonderfully insightful reviewer with a discerning and  unique taste in literature.  She’s also just a complete sweetheart, so I’m thrilled to have her on the blog today to promote her foray into the wide world of authordom!  So without further ado, I give you a taste of the world of Silent Song…

A little bit about Ron… 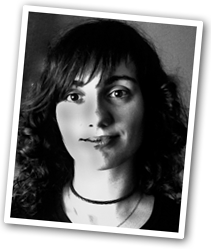 Ron C. Nieto was born not that long ago in a bustling European city. Well, okay, she was born in Madrid, Spain. Though there were no castles and definitely no princes whatsoever, and she can’t recall any fairy looming over her cradle, she was awarded a gift of sorts: a wild imagination combined with a love for words. Unfortunately, along came the curse of the Procrastination Monster, who has shadowed her for the best part of her life to date.

But in spite of this, she knew she wanted to be a writer from the very beginning: actually, she does not recall ever striving to be anything else.

Well, past that amusing stage wherein she insisted on being Batman, that is.

Anyway, she undertook her educational adventure and eventually graduated from Universidad Pontificia Comillas ICADE ICAI, where she became a translator for Spanish, English, French, Italian and Japanese. Her stay in the Realms of Higher Education gave her the strength to overcome the Procrastination Monster, sit down and scratch the aspiring out of aspiring writer.

Silent Song is her debut novel and she already has plans for her next projects. She can be found working on them whenever she doesn’t procrastinate doing something else. 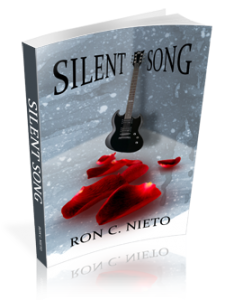 The princess of the school, Alice, is keeping a secret that could strip her of her high school fame. She is obsessed with the school’s outcast, Keith, but not just him – his music.

Since the inspiration for the song hit, Keith can’t get it out of his mind. The song must be played; it demands to be played. He knows the music is changing him, but he is unable to stop it.

Music has the ability to move you, enlighten you, and take you to places you have never dreamed of. And this particular piece? It has a life of its own and makes you forget who you really are.

As Keith and Alice learn of one another to the notes of that one perfect tune, they can overlook their roles and discover who they could be together. But they also discover someone else is listening and intends on keeping Keith to herself, possibly for an eternity.