Welcome to DAY NINE of

Surprise!  We have a Day Nine, and we are welcoming back Ms. Leanna Renee.  She started our little celebration off with an excerpt from Twisted Tragedy.  Now we’ve come full circle, and she’s graciously giving the blogoversary’s final bow with a fantastic little scene from… <drumroll, please>… Jonathan Whitby, Lord Denbury’s perspective.

Yes, #Denburylicious fans… this one’s for us.

A little bit about Leanna… 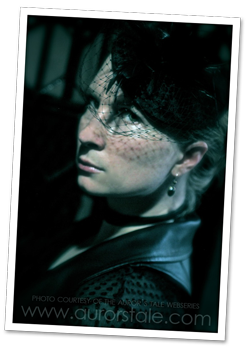 An author, actress and playwright, Leanna grew up in rural Ohio, graduated with a BFA in Theatre, a focus in the Victorian Era and a scholarship to study in London. She’s adapted 19th Century literature for the stage and her one-act plays have been produced around the country. Her novella “Dark Nest” won the 2009 Prism Award for excellence in Futuristic, Fantasy, or Paranormal Romance. The Strangely Beautiful Tale of Miss Percy Parker, first in the “Strangely Beautiful” saga of Gothic Victorian Fantasy novels (Barnes & Noble Bestseller), named a favourite of 2009 by 14 book blogs, won two 2010 Prism Awards (Best Fantasy, Best First Book) and was optioned for musical theatre adaptation currently in development. Her new Historical Paranormal YA series begins with DARKER STILL: A Novel of Magic Most Foul, set in 1880 New York City, and is named an INDIE NEXT title; a recommended buy by the American Book Association.

A member of Actors Equity Association (AEA), the American Federation of Television and Radio Artists (AFTRA) and the Screen Actors Guild (SAG), Leanna works often in television and film. When not writing or on set, she loves a good Goth club, singing soprano in choir and adventuring about her adopted hometown of New York City, where she resides with her real-life hero and their beloved rescued lab rabbit Persebunny.

Leanna Renee is generously giving away ONE (1) personalized ARC of The Twisted Tragedy of Natalie Stewart to ONE (1) lucky follower. 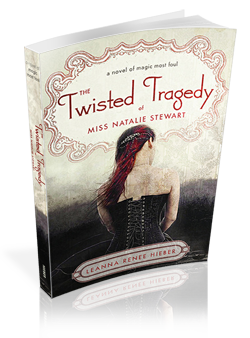