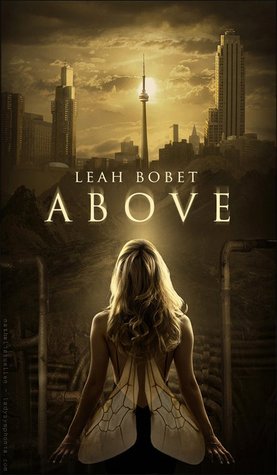 Matthew’s father had lion’s feet and his mother had gills, and both fled the modern-day city to live in underground Safe, a secret community of freaks, ghost-whisperers, and disabled outcasts hidden beyond the subways and sewers. Raised underground, Matthew is responsible for the keeping of both Safe’s histories and the traumatized shapeshifter Ariel, the girl he took in, fell in love with – and can’t stop from constantly running away.

But Safe is no longer safe: the night after a frightening encounter in the sewers, Safe’s founder Atticus is murdered by the one person Safe ever exiled: mad Corner, whose coup is backed by an army of mindless, whispering shadows.

Only Matthew, Ariel, and a handful of unstable, crippled compatriots escape to the city that cast them out; the dangerous place he knows only as Above. Despite Ariel’s increasingly erratic behaviour and with the odds against them, Matthew must find a way to rescue Safe from Corner’s occupying army. But as his quest leads him through abandoned asylums and the dregs of urban poverty, Matthew discovers that the histories he’s devoted his life to aren’t true: Corner’s invasion — and Ariel’s terrors – are rooted in a history of Safe much darker and bloodier than Matthew ever imagined.

And even if he manages to save both home and Ariel, he may well lose himself.

An underground community of paranormal beings?  Murder, coups, and daring escapes?  A possibly doomed romance?  What’s not to love here?  I mean the cover alone is gorgeous and evokes a dark, gritty feeling,  but also the promise of hope.  Can’t wait to read it!