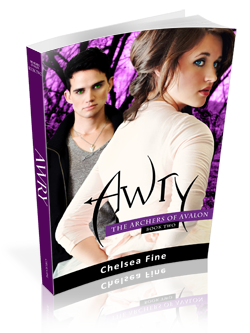 Seventeen-year-old Scarlet has just died. Only, dying isn’t unusual for a girl under a centuries old curse that left her semi-immortal.

This time, though, she comes back to her current life instead of awaking in a new one, and she realizes the curse is changing. Together with the immortal Archer brothers, Scarlet must piece together her life and try to break the curse before her impending death comes again.

“Now that we’re all caught up on the new no-no’s of the house, what do you say we find a tarp and some duct tape and MacGyver ourselves a new window in the living room? Just, you know, to keep out the wind…and the leaves…and any sharp-toothed woodland creatures prone to attacking people in their sleep.”

Heather frowned. “Do I look like some girlie, defenseless Barbie doll to you?”

Everyone examined Heather. She was wearing a fuzzy winter sweater that looked like it was made of feathers, a short wool skirt, and high-heeled, knee-length boots. Her giant purse, larger than her torso, was slung over her shoulder, and her blond hair fell in perfect curls around her head.

Looking down at herself, Heather puckered her lips. “Don’t answer that.” 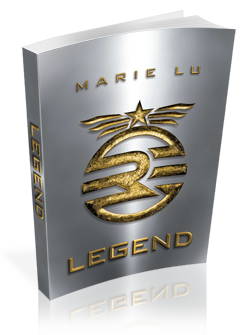 What was once the western United States is now home to the Republic, a nation perpetually at war with its neighbors. Born into an elite family in one of the Republic’s wealthiest districts, fifteen-year-old June is a prodigy being groomed for success in the Republic’s highest military circles. Born into the slums, fifteen-year-old Day is the country’s most wanted criminal. But his motives may not be as malicious as they seem.

From very different worlds, June and Day have no reason to cross paths—until the day June’s brother, Metias, is murdered and Day becomes the prime suspect. Caught in the ultimate game of cat and mouse, Day is in a race for his family’s survival, while June seeks to avenge Metias’s death. But in a shocking turn of events, the two uncover the truth of what has really brought them together, and the sinister lengths their country will go to keep its secrets.

Full of nonstop action, suspense, and romance, this novel is sure to move readers as much as it thrills.

You fail.
It’s almost always the slum-sector kids who fail.  If you’re in this unlucky category, the Repulic sends officials to your family’s home.  They make your parents sign a contract giving the goverment full custody over you.  They say that you’ve been sent away to the Republic’s labor camps and that your family will never see you again.  Your parents have to nod and agree.  A few even celebrate, because the Republic gives them one thousand Notes as a condolence gift.  Money and one less mouth to feed?  What a thoughtful government. 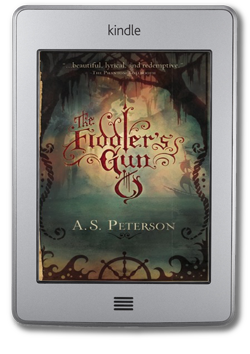 America is on the brink of war with England, and Fin Button is about to come undone. She s had it with the dull life of the orphanage, and she is ready to marry Peter and escape the ever-watchful Sister Hilde. But an unexpected bond forms between Fin and the fiddle-playing cook, Bartimaeus, setting her on a course for the high seas of the American Revolution.

Fin opened her mouth to inform Jack she was no “lad” but stopped and thought better of it, Every man on the deck had his eyes trained her way, yet it seemed it hadn’t occurred to a one of them that she was anything other than what Jack had just named her.