I’m always interested in reading stories inspired by mythology of any kind, and Pazuzu’s Girl definitely fits that bill.  Mesopotamian mythology is something I’m not sure I’ve ever really been exposed to… with the exception of a very, very short viewing of The Exorcist (i.e. – I watched all of twenty minutes and spent the rest of the movie with my head buried in a pillow.)  Anyway, Pazuzu’s Girl is my current read and it’s VERY interesting and has some very original elements which I’m enjoying immensely.  So without further ado, I give you Rachel Coles…

So what was Rachel’s inspiration for her novel? Well, read on… 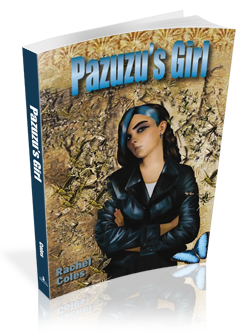 Thank you for having me on your blog! Today I’m here to share about my new novel Pazuzu’s Girl. It was released from Journalstone Publishing on February 10th. It’s an urban mythological fantasy categorized as young adult, though I would read it before giving it to your teenager. It has some more adult material which seemed normal when I was a teenager. However, let’s just say I was a bit…wild. My mother would like that euphemism.

I’ve been getting questions about how I wrote Pazuzu’s Girl.

It started as an idea for National Novel Writing Month, just an amusing notion about how a demon might handle a teenage daughter. That notion probably came from one of my favorite Clive Barker short stories about a demon trying to haunt a clueless man who never noticed him. There are few things more hilarious than an attention-starved demon. Books of Blood are among my favorite anthologies.

Then I started projecting about what it might be like once my daughter reaches teenage years. That was the source of hours of amusement. She’s already rolling her eyes and saying things like, ‘OMG’, and ‘BFF’, and she’s six. She just asked for a cell phone so she could text her friends. Since we’re not going to give a first-grader a cell phone, it was very interesting to imagine what a first-grade text conversation might look like. Most of what went into Pazuzu’s Girl was a mash between the mythology I’ve learned as an anthropologist, and personal experience or at least long extensions of imagination from that experience. That’s one reason I dedicated the book primarily to my daughter, Rosa.

I also dedicated it to her because she is a wonderfully creative kid, and constantly asked for scary stories. And when I ran out of kiddie terror tales, we started making them up at bedtime. I love making up stories with her. And since, like most young children, she likes hearing a story repeated times, and I have a 40-year old memory, which is to say I can’t remember what I ate for dinner yesterday, she told me to write them down so we could read them again. Though Pazuzu’s Girl ended up not being a children’s book, it was Rosa who encouraged me to start writing and telling stories. I hope that she’ll enjoy writing down her own stories as she grows up. She’s already written some great ones, which I have on my wall at work.

Just for you… an excerpt of Pazuzu’s Girl!

View this document on Scribd

A little bit about Rachel… 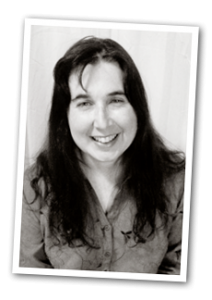 I am a medical anthropologist working in public health in Colorado. I live with my husband and daughter in Denver. I’ve lived in Denver since 2002. I love the mountains, especially the streams and lakes, but I miss the ocean. I originally came from Connecticut.

I am also a speculative fiction writer, meaning that I write a smorgasbord of urban fantasy, science fiction, and just plain weird stories that don’t always fit into a genre. Myth often finds its way into the stories, not just because Neil Gaiman is one of my favorite writers, but because I always wanted to ‘do mythology’ as a job when I grew up, hence the anthropology degree. I love stories, reading them and writing them, because I believe that everyone everywhere has a story that connects them with the world. [/box]

Today, I giving away ONE (1) ebook of Pazuzu’s Girl to ONE (1) lucky follower!