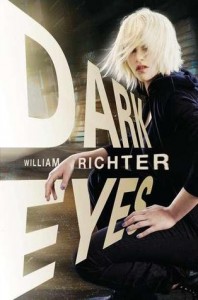 Now the sixteen-year-old is beautiful and hardened, and she’s just stumbled across the possibility of discovering who she really is. She’ll stop at nothing to find her birth mother before Klesko – her darkeyed father – finds her. Because Klesko will stop at nothing to reclaim the fortune Wally’s mother stole from him long ago. Even if that means murdering his own blood. But Wally’s had her own killer training, and she’s hungry for justice.

The Girl with the Dragon Tattoo for teens, this debut thriller introduces our next big series heroine!

“Was it possible, Wally wondered, to want something your entire life — desperately — without consciously knowing it?  That was how she felt when she first read the line in her mother’s note: My greatest hope has been that you and I would one day embrace as mother and daughter.  Wally shared that furious need for completeness, now more than ever.