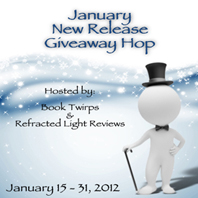 And the winner of the giveaway is…

This month, I have a super cool giveaway for you all.  Guess who stopped by Cincinnati last week?

But, did you say Marissa Meyer, author of the fabulous January new release Cinder?  Why, then you would be correct!  Cincinnati was Marissa’s first stop after her launch party, and we got to hear all about November 2008 NaNo, when with the incentive of winning a walk-on role in Star Trek, Marissa wrote over 150,000 words and 2.5 novels in one month!  Amazing, huh?  The idea for Cinder was born and written during that NaNo, and though that original version was scrapped and rewritten, it was really cool to hear how long Cinder has been keeping Meyer company.  Here’s a couple pics from the signing: 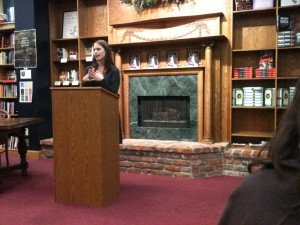 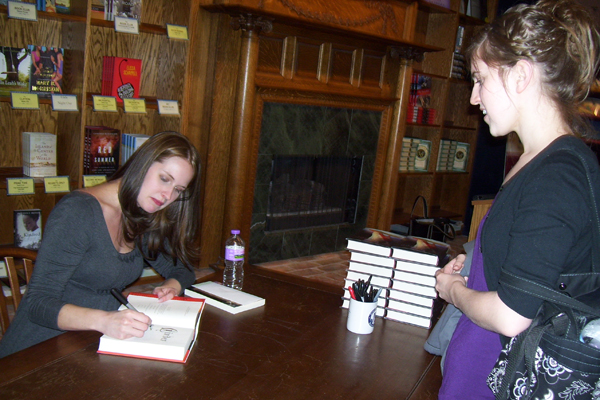 Sorry for the general cell phone crappiness of the photos.  I forgot my camera camera at home. <smacks forehead>  But my sister (Pictured above.  Blog, meet Lauri.  Lauri, meet blog.) saved the day and brought a point-and-shoot with her to the signing.  She totally rocks, even though I’m not sure she’s still completely sold on the whole “cyborg Cinderella” concept.  Seriously Lauri… it’s SO good.  So good.

For ONE (1) lucky US/CAN follower, I have ONE (1) SIGNED hardcover of Cinder by Marissa Meyer.   If the winner is international to the US, then I will order a copy of Cinder for them from The Book Depository.

[box] Humans and androids crowd the raucous streets of New Beijing. A deadly plague ravages the population. From space, a ruthless lunar people watch, waiting to make their move. No one knows that Earth’s fate hinges on one girl. . . .

Cinder, a gifted mechanic, is a cyborg. She’s a second-class citizen with a mysterious past, reviled by her stepmother and blamed for her stepsister’s illness. But when her life becomes intertwined with the handsome Prince Kai’s, she suddenly finds herself at the center of an intergalactic struggle, and a forbidden attraction. Caught between duty and freedom, loyalty and betrayal, she must uncover secrets about her past in order to protect her world’s future.[/box]