My parents died, my boyfriend cheated, and my best friend essentially dumped me. Truly alone in the world, I agree to help colonize the newly discovered planet, Verita. Now I’m on a strange new world. I have an overwhelming attraction to Brody, despite the fact that he’s totally not my type. Another boy Ryan, utterly hates me for reasons out of my control. And there are creatures in the forest that would like nothing more than to eat us for dinner. My heart and mind are fighting with each other. I’m constantly fighting with Ryan. Concentrating on my job is becoming more and more difficult. Plus I can’t ignore how strange it is that all my friends are falling head-over-heal in love. But when I find myself stranded in the wilderness. The only thing that matters is survival.

Sixteen year old Brett Bradbury’s life is fairly average until one fateful night when she suddenly finds herself utterly alone in the world. Everyone she cares about has either died or abandoned her, and when a mysterious corporation offers her a chance to escape the foster care system and become part of something that could benefit humanity’s future she accepts. Brett suddenly finds herself on a strange new planet with an expertise she never knew she had and finding fulfillment in her new-found purpose. She quickly meets a bunch of new friends including the handsome, All-American Brody and the aggravating and enigmatic Ryan. She begins her assignment discovering and cataloging the colonized planet’s flora, fauna and other various resources, and settles in quickly to life on Verita. However, despite the seeming perfection of her new situation she begins to notice strange things going on around her, and after some specific events she begins to wonder if there’s something rotten in the state of Denmark…I mean Verita.

This was a well-written, sci-fi love story with slight dystopian vibes that I’m hoping will be explored in later books. Brett was a well done character. Though mourning the loss of her parents and friendships on Earth, she doesn’t allow the loss to consume her and allows herself to start over on Verita. She’s strong, intelligent, discerning and courageous. Caution for those who don’t like love triangles, there is a little triangle action going on here, although for me there was only ever one clear winner in the quest for Brett’s heart…..and he was adorable. The author had me a little frustrated at times, because it seemed at times that Brett and her leading man would never admit to caring for one another, but it was a good frustrating and I felt like I had some resolution when the story came to a close. I felt that the story did lag a little in the middle but picked up quickly towards the end and though the main characters were well written and explored, I would’ve liked to see a little more character development with some of the supporting cast.

Overall, an engaging, fun read and I’ll be tuning in for the next book! 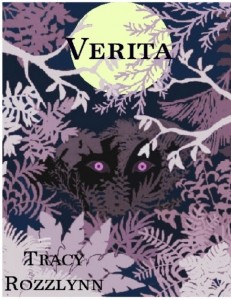