But first I’m going to make you suffer through several of my AWESOME vacation photos… thank you cell phone camera!  lol.  So… I went to LA for a week, week before last, to visit family and one of the perks was getting an up close and personal tour of the WB studios backlot.  I’m a HUGE fan of Gilmore Girls, so seeing Stars Hollow was a definite highlight, and for those of you who are tuning into ABC’s new comedy Suburgatory, I got to check out the high school set, and Tessa’s reading nook (AKA – the handicapped stall in the girls lav.)  It was super cool, and I got to see a couple of familiar-from-TV faces as I walked around.  So weird recognizing people so readily that you’ve never actually met.  Surreal. 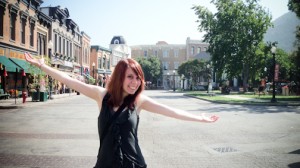 (left to right – me in Stars Hollow, me chillin’ on Tessa’s toilet of choice, and me in Luke’s (slightly empty) Diner)

So, I had a ton of fun, but am glad to be back with my bookish peeps.  Didn’t have a whole lot of blogging time while there, and I missed ya’ll!

Now, onto the real reason ya’ll are here… the winners!!! 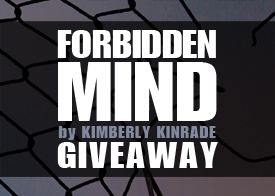 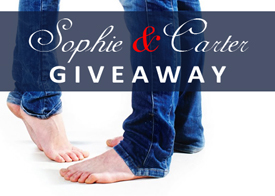 (both contacted & response received from both) 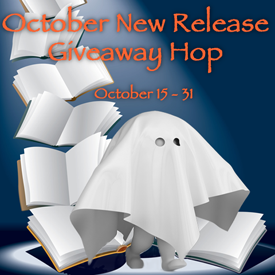 Kathy @ I Read, I Write, I Review – chose Eve by Anna Carey

(both contacted & response received from both) 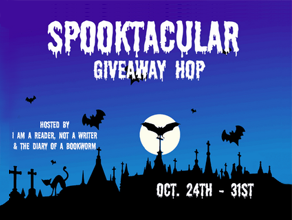 You guys submitted some pretty freaky stories of the supernatural, heart-stopping tales of real dangers and scares.  I admit that I couldn’t read some of your comments at night and I may have slept with the light on once or twice due to the uber-freakiness factor of some of them.  I hope you all had as much fun reading them as I did!
When all was said and done, I couldn’t pick just one story so I narrowed it down to the five stories that freaked me out the most, numbered them and let random.org do the choosing.  So here’s the winning comment: 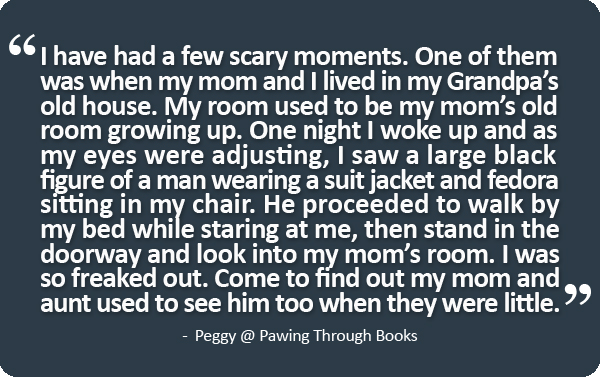 Also be sure to check out the stories that were the runner-ups:
Krysykat, LadyVampire, Jess @ The Romanceaholic & Mandy R
Thanks for entering, commenting and following!