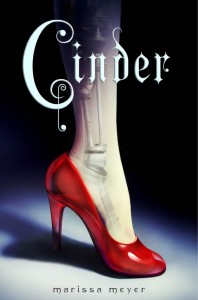 Many thanks to Kaye @ Watercolor Moods for bringing this book to my attention.  So why do I want to read this?  Cinderella meets cyborgs, handsome princes and intergalactic struggles.  It’s the best of both worlds — a fairytale AND sci-fi — and I’m beyond excited about this one.