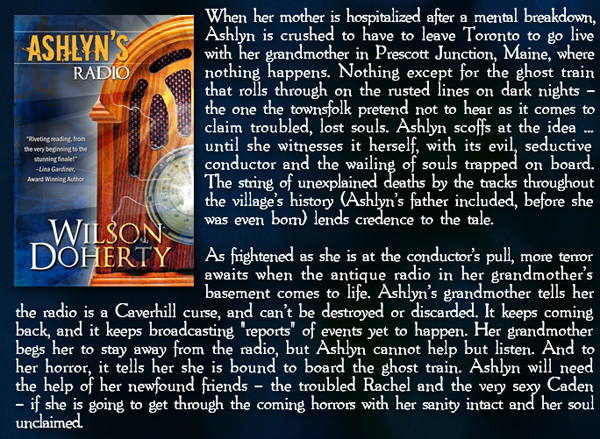 Slowly, the train began to move again, and Ashlyn watched helplessly as soul-laden car after car slipped past, the faces of the damned pressed forlornly against the windows.  Ashlyn tried to see all of them individually, tried to memorize their faces, but when it came to the last car, one soul in particular drew her attention.  Unlike the others, this young man moved the length of the passenger car, as though to keep the three on the riverbank in his sight as long as possible.  When that final car cleared the bridge and chugged away, the man was standing at the back window, his right palm pressed to the glass, his face set in lines of sorrow, his mouth hanging open in an agonizing scream.

What are you all reading this week?
Dani