Ladies and gentlemen, welcome back to this week’s YA Indie Carnival!

This week we’re all featuring an Indie author we love and I’m featuring Gwenn Wright, one of our very own carnies! Gwenn is the author of the fabulously dark, romantically gothic, historical YA family saga, Filter.  I “met” Gwenn after I finished and reviewed her book, and since then she has become a good friend and email buddy.  She’s an extremely talented author and I’ve been eagerly anticipating the sequel, The BlueStocking Girl, which is due out this Fall. 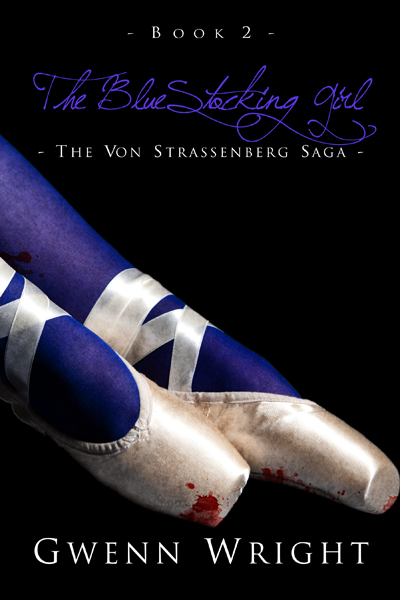 The first book, Filter, follows two storylines, that of Rocky Evans, a 17 yr. old girl from present day, and Katherine, a 16 yr. old girl from 1877. Rocky is an orphan from Nashville who lives under the guardianship of a friend of her mother. She’s from the “wrong side of the tracks” and grew up trying to make ends meet, dodging rent collectors, and avoiding her alcoholic guardian’s increasing and disturbing interest in her. When a young lawyer shows up saying that his firm’s been looking for her, Rocky is presented with an opportunity to escape her less than ideal situation and discover the family she’s never known.

Katherine Demure, lives with her wealthy family in 1877 St. Louis, MO. Although plagued by weakness and illness she is a strong, opinionated girl who longs for exciting, novel-like adventures. One evening at a dinner party that her parents’ host, she accidentally meets the equally infuriating and captivating Viktor von Strassenberg and begins a journey that will rival even the darkest of gothic romances.

Wright weaves these two story lines together expertly and masterfully builds the suspense throughout both of these girls’ stories.  It was one of those books that kept you locked in it’s grasp long after it ended, kept you invested in its characters and their outcomes.  It was one of the most page-turningly gripping books I’ve read this year.

So… from that description and my obvious fan-girlyness, you can probably see why I’m looking forward to the sequel.

Gwenn has graciously allowed me to post the following teaser from The BlueStocking Girl, so I hope you enjoy it as much as I did!

I heard Mr. McDougal shouting frantically and saw him bounding through the grasses toward me. Diving into a bramble of thorns, I was narrowly missed as the driver swerved at the last possible second. “Miss Maria!” Mr. McDougal slid down the slope toward the road, yanking me from the snarls of thorns and holding my trembling form upright as a wave of unconsciousness threatened to grip me. He shouted violently at the careless driver and excused himself for his language and then shouted some more obscenities. The driver, I saw after regaining myself, was none other than Mr. Charles Forrester. He paid no mind to Mr. McDougal’s shouts but instead busied himself with trying to free his precious motorcar from the clutches of my bicycle. Once free of the contraption he had then turned to us, and what a sight we must have been!

Mr. McDougal all soaked through with sweat, his hat missing and hair wild from his flight through the pasture, holding a shivering and quaking young lady in pantaloons, her hair half undone, her shirt soaked through and torn, her face scratched from the thorns.

Mr. Charles Forrester, bank owner, had been unimpressed by the pair of us. “What kind of a fool woman,” he had begun but Mr. McDougal had shoved me behind him, his massive hands balled into fists, and stepped forward.

Mr. Forrester stumbled back into his fancy automobile.

In a carefully spoken whisper, Mr. McDougal had suggested, “Perhaps you will be giving the young lady a ride, since you’ll be goin’ the same way? For the same occasion I expect?”

“Or not very much the same, I expect,” I had said so quietly only he could hear.

“And you’ll be owing the young lady a new bicycle as well.”

I did not imagine the red creeping up Mr. Forrester’s neck had anything to do with the mild warmth of the sun that day. He had begun to tell Mr. McDougal that the fool girl, being me, should not have left her contraption so close to the road but had thought better of it at the sight of those great iron fists.

Give or take ten minutes I wake every night at 12:38. As a teenager it was never a problem. What self-respecting teenager is asleep before midnight anyway? We ran on the fuel of youth and hormones and ignorant arrogance, imagining we had the whole world and the workings thereof figured out. We didn’t need sleep. It hit me at Oxford. I would pass out well before midnight after a day of tedious lectures and a night of tedious study. In the afternoons I would find time to go rowing, an attempt to work out the lethargy of too many hours spent hunched over my laptop, my lower extremities numb and tingling from disuse. Even with the rowing and the studying and the tedium of lectures and exams, every night I woke at approximately 12:38, with a ghost of a nightmare receding through the mist of wakefulness. Some nights my heart would pound. Others, my face was wet with tears. Only once had I grasped the evaporating tendril of the dream.

My mother, beautiful and graceful, her long, lean leg stretched out behind her, held perfectly still, parallel to floor. Her hair falling in a flaxen cascade. Her face, in profile, turned not just toward the vaulted ceilings, but the heavens beyond, was lovely and still, etched in such a wretched expression that I had to turn away.

My mother, who tousled my hair and held me tight against the monsters in my closet and the goblins beneath my bed, was the picture of misery and loneliness. And fear.

SQUEE!  I can’t wait for The BlueStocking Girl!!!!

Visit our other carnies: