Welcome to the blog tour for Rachel Morgan’s A FAERIE’S REVENGE,

the fifth book in her Creepy Hollow series! 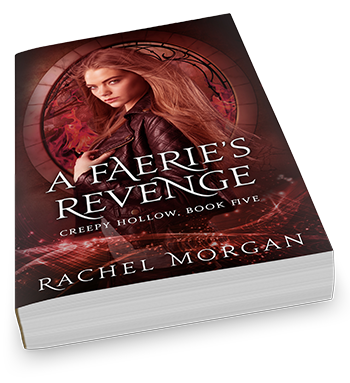 Still reeling from a shocking revelation, Calla Larkenwood finds the threads of her world unraveling further when she’s accused of a horrifying crime she didn’t commit. In a world where everyone keeps secrets and someone is intent on framing her, how will she figure out whom to trust? (Goodreads summary)

Still reeling in the aftermath of the revelation of Chase’s true identity, Calla is hurt and lonely and trying very, very hard to move on and forget all about him — to just focus on her guardian training. Unfortunately, easier said than done. Especially when Vi & Ryn are pestering her for information about him. Especially when faeries start getting sick with a mysterious illness, and she suspects Chase’s involvement. Especially when she herself is framed for causing the illness and she suddenly finds herself with no one else to turn to.

While some series lose steam the longer they get, the Creepy Hollow series is one that gets progressively better and better with every book, effectively utilizing its previously established history and building in intensity. While it’s fast-paced and well-plotted with lots of action and set  in a wonderfully conceptualized world, the real strength to these novels lies in its fantastic character and relationship development. Calla in particular is just very well done. While suffering a horrible childhood trauma at the hands of Zell, after seeing the kinds of things that would make one lose faith in humanity (or whatever the faerie equivalent of that idea would be), she is still an optimist and an idealist. And Calla flounders a bit as her optimism and idealism are seriously tested in this novel.

Chase is also extremely well-developed. He is a character I wasn’t sure I wanted to like, but darn it… I do. I can’t help it. While Calla is most definitely my favorite character in this second half of the series, I have to say that Chase’s journey is probably the most compelling. His history and backstory… well, let’s just say he presents a bit of a conundrum. He’s black and white, and all the shades of gray in between.

Speaking of which, I absolutely love the themes of redemption, atonement and morality that play out throughout this book.The continuing idea idea that the world is made up of all different shades of gray, and that while one must acknowledge existence of darkness in the world and in one’s self, a person must choose to either get mired down in those shadowy places or to choose the light — the brighter colors of life.  As Calla continues on with her guild training, she’s learning that things are rarely as straightforward, cut-and-dry as she once thought; that in reality it can be a bit more complicated than “good guys” and “bad guys.” By meeting Chase, by recognizing areas in which the Guild fails or lacks, her worldview that’s been shaped by her idolization of the Guild as a moral center begins to crack and reshape. Just love these themes that Rachel is weaving through Calla’s story.

Overall, riveting,romantic and enchanting (with an ending that almost killed me),  A Faerie’s Revenge is an excellent next installment to this fantastic series. 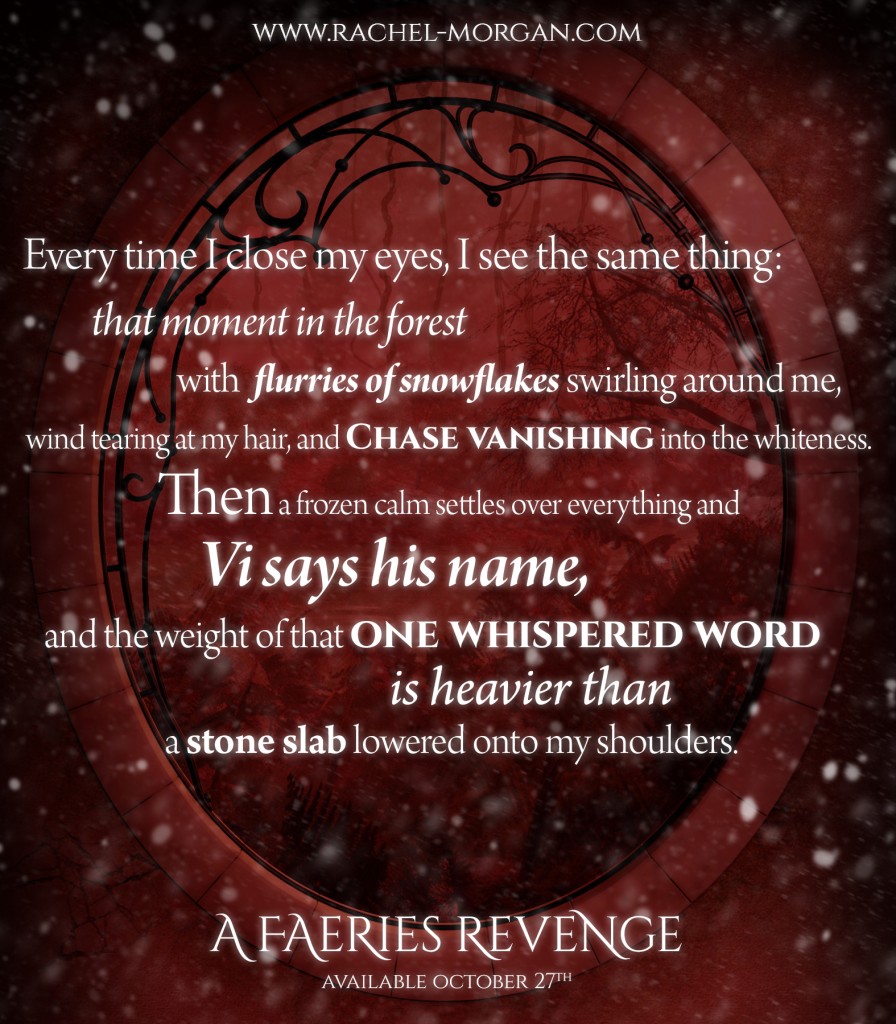 Rachel Morgan is a South African author who spent a large portion of her childhood living in a fantasy land of her own making. After completing a degree in genetics, she decided science wasn’t for her—after all, they didn’t approve of made-up facts. These days she spends much of her time immersed in fantasy land once more, writing fiction for young adults and those young at heart. She is the author of the bestselling Creepy Hollow series, and the lighthearted contemporary romance Trouble series. You can find her online at the following places: 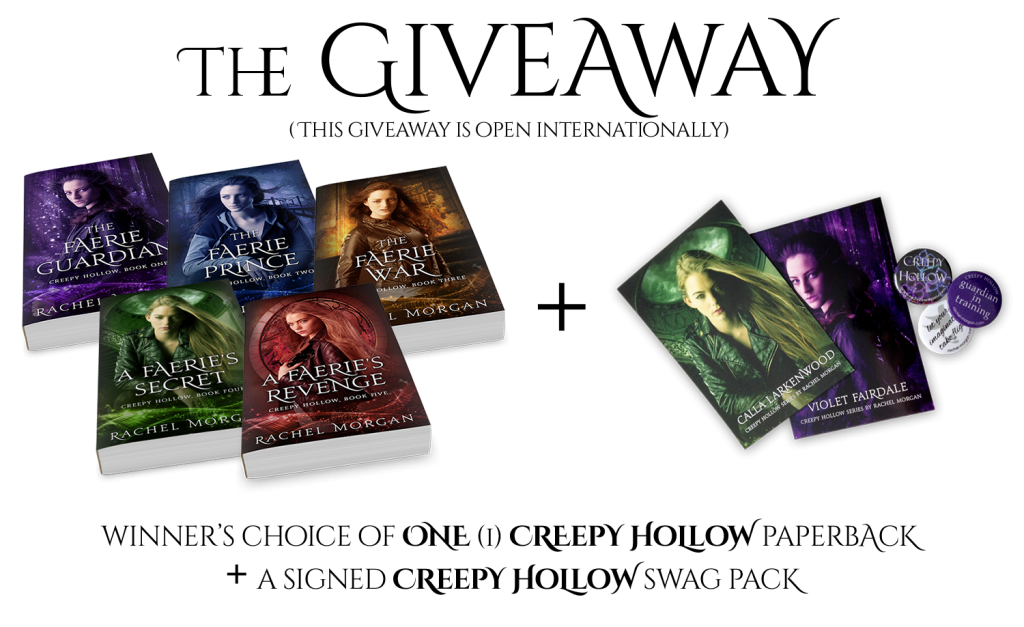