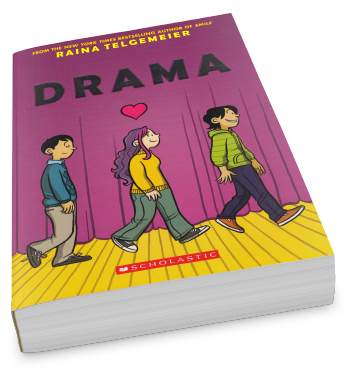 Callie loves theater. And while she would totally try out for her middle school’s production of Moon Over Mississippi, she can’t really sing. Instead she’s the set designer for the drama department stage crew, and this year she’s determined to create a set worthy of Broadway on a middle-school budget. But how can she, when she doesn’t know much about carpentry, ticket sales are down, and the crew members are having trouble working together? Not to mention the onstage AND offstage drama that occurs once the actors are chosen. And when two cute brothers enter the picture, things get even crazier!

It’s about a girl who’s in love with boys, and the girl helps make a play.

I didn’t like the part when West fell on stage and he was bleeding and that Bonnie was mad because no one asked her if she was okay because West bumped her when he fell. (Bonnie did not even get hurt.)

– COMPROMISE means… I don’t know how to explain it. (Confetti cannon.)

– A MARKER is a little taped “x” on a stage that shows where props and people are supposed to go.

– NADA is Spanish for nothing.

– A SEQUENCE is a series of actions that you do to do something.

Yes, I recommend this book to people who like plays and romance. 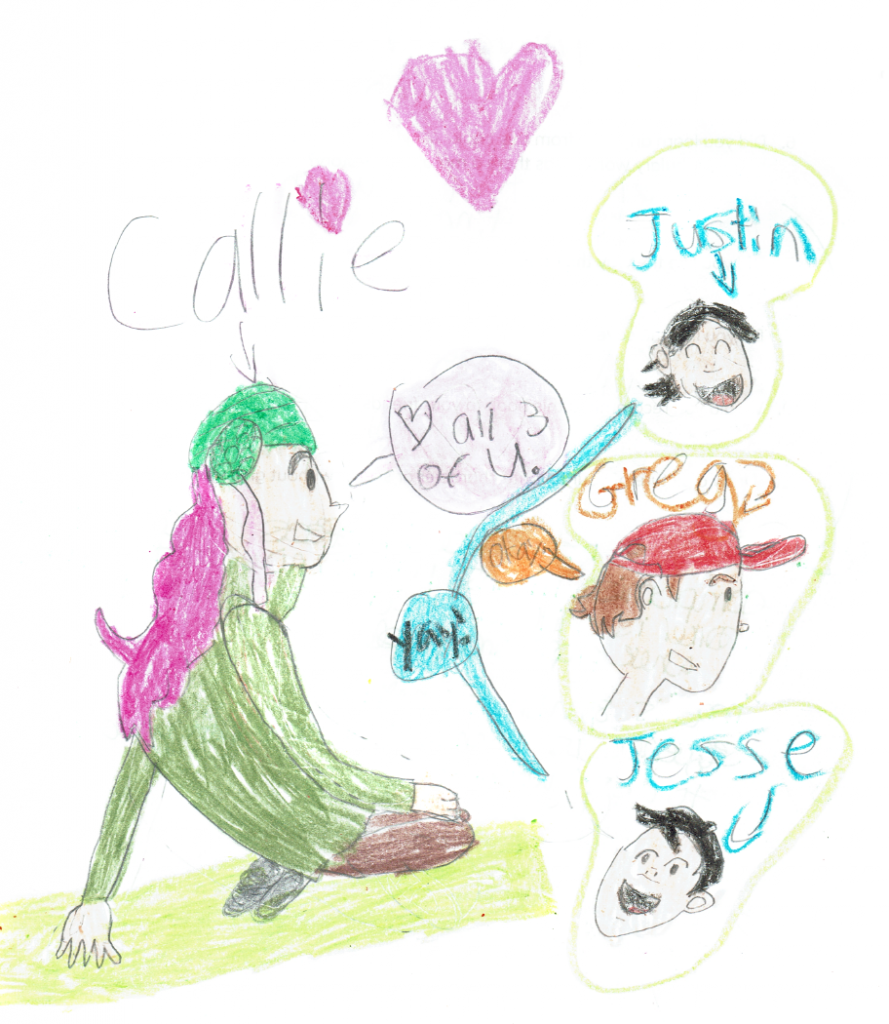