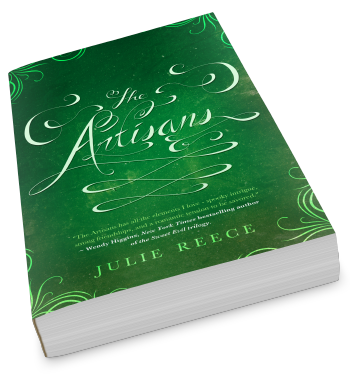 They say death can be beautiful. But after the death of her mother, seventeen-year-old Raven Weathersby gives up her dream of becoming a fashion designer, barely surviving life in the South Carolina lowlands.

To make ends meet, Raven works after school as a seamstress creating stunning works of fashion that often rival the great names of the day.

Instead of making things easier on the high school senior, her stepdad’s drinking leads to a run in with the highly reclusive heir to the Maddox family fortune, Gideon Maddox.

But Raven’s stepdad’s drying out and in no condition to attend the meeting with Maddox. So Raven volunteers to take his place and offers to repay the debt in order to keep the only father she’s ever known out of jail, or worse.

Gideon Maddox agrees, outlining an outrageous demand: Raven must live in his home for a year while she designs for Maddox Industries’ clothing line, signing over her creative rights.

Her handsome young captor is arrogant and infuriating to the nth degree, and Raven can’t imagine working for him, let alone sharing the same space for more than five minutes.

But nothing is ever as it seems. Is Gideon Maddox the monster the world believes him to be? And can he stand to let the young seamstress see him as he really is? (Goodreads summary)

Unfortunately, while I appreciate the vivid, creepy descriptiveness of Reece’s scene-building as well as her general writing style, I found myself struggling to appreciate Gideon’s character (our Beast), the romance, or even the mythology in this version of the fairytale.

Gideon. Gideon’s character is controlling and unlikable (as the Beast should be… at least at the beginning of the story), but he’s also hard to pin down as a character.  While reading, I felt like I was presented with several versions of Gideon that I could never quite reconcile into one person. Not to mention that he remained pretty one-dimensional to me throughout the book. His role was almost secondary, a romantic prop for Raven. Which is disappointing to say the least, because, to me, the Beast’s maturation and transformation is at the crux of this particular fairytale. So given his developmental and control issues, I just couldn’t wholeheartedly jump on the Raven-Gideon bandwagon.

Romance & Story. The romance also got in the way of the story in that the larger plot just… stopped… whenever the romance became the focus. Normally, I love romance. Almost every book I read has a romantic element to it, but I don’t understand why the plot and the romance, for a large portion of the book, were being developed almost separately instead of being developed synchronously. Another thing I didn’t quite understand, why Raven didn’t confront Gideon about certain (sort of REALLY important) things involving the plot a lot earlier than she ended up doing. If she had, it would’ve made the story more interesting; it would’ve provided Gideon with great opportunities for character development, and would have made for some great (and better) push-’n-pull moments for their relationship in general which, in the end, felt a bit anemic.

And when the “here’s what’s going on” moment is finally revealed, the mythology behind the fairytale-esque curse element of the story proved to be a bit… underwhelming… and unsatisfying. And that’s all I’ll say about that.

Overall. There’s some real potential in The Artisans, unfortunately, there ended up being too many detractors for me to really enjoy this Beauty and the Beast retelling.