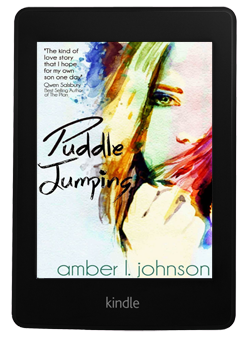 When it comes to love there’s no such thing as conventional.

Everyone thinks Colton Neely is special.

Once friends when they were younger, their bond is cut short due to her accident prone nature and they go their separate ways. Years later, they meet again and Lilly learns that there is something special about the boy she once knew, but she has no idea what it all means. And she’s not sure if she’s ready to find out.

When he walks through the corridor of her school the first day of her senior year, she knows that it’s time to get to know the real Colton Neely. The more she learns, the deeper she falls.

Their friendship grows into love, even as Colton does not express it in words. But one decision threatens to break down the world that Lilly has tried so hard to integrate into and she must figure out if the relationship can survive if they are apart.

I think sometimes we’re presented with the truth but we don’t want to believe it. We see things the way we want to see them. Sometimes, we choose to live in denial. 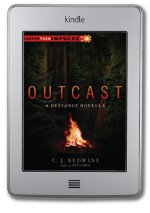 Quinn Runningbrook knows a hundred ways to kill a man and make it hurt. He can track, ambush, and torture his prey with terrifying skill—just like his father taught him. But every kill consumes another piece of him, and Quinn longs to stop, to save himself and his sister Willow from becoming like his father—a man who kills for entertainment.

But when Quinn refuses to torture a group of trespassers caught too close to the Tree Village where his family lives, and instead kills them quickly, he disobeys a direct order from his father . . . and Willow is forced to do it instead. Suddenly, Quinn isn’t the favored apprentice to the family business of “protecting” the Tree Village anymore. Willow is.

When Jared Adams—a courier from the nearby city-state of Baalboden—is caught traveling too close to their borders, Willow is ordered to torture him for information. But Quinn knows that Jared doesn’t deserve torture or death. And he realizes he has to take action…or the fate chosen for Willow and himself by their father will remain carved in stone.

If Willow and I were from a different family, no one would have cause to avoid us while treating us with terrified deference.  We’d have friends like the cluster of older kids our age we sometimes see sitting together on the northern walkways of the village at night, laughing and throwing twigs into the darkness of the Wasteland like they don’t have a single care.

Maybe they don’t.  I wouldn’t know.  My entire life is a knot of worry wrapped in a shell of controlled calm.