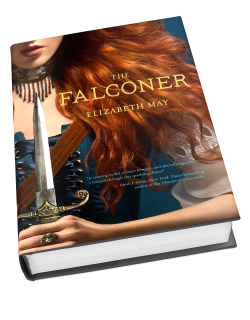 Heiress. Debutant. Murderer. A new generation of heroines has arrived.
Edinburgh, Scotland, 1844Lady Aileana Kameron, the only daughter of the Marquess of Douglas, was destined for a life carefully planned around Edinburgh’s social events – right up until a faery killed her mother.Now it’s the 1844 winter season and Aileana slaughters faeries in secret, in between the endless round of parties, tea and balls. Armed with modified percussion pistols and explosives, she sheds her aristocratic facade every night to go hunting. She’s determined to track down the faery who murdered her mother, and to destroy any who prey on humans in the city’s many dark alleyways.But the balance between high society and her private war is a delicate one, and as the fae infiltrate the ballroom and Aileana’s father returns home, she has decisions to make. How much is she willing to lose – and just how far will Aileana go for revenge?

I press my fingers against my new badges. They all tell stories, each distinct and significant. One of them— the longest scar, the one that spans the length of my spine— is the first I ever earned. It tells the tale of a girl who had just lost her mother and nearly died when she went out into the world armed with iron. A girl who was later remade into a killer. 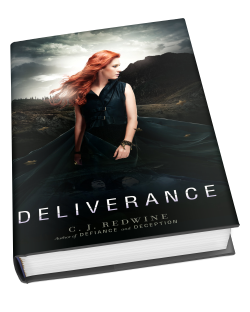 Everything hangs in the balance, and nothing is certain: Rachel has been kidnapped by enemy forces and is being taken to Rowansmark while Logan, imprisoned and awaiting trial, is unable to leave Lankenshire. Separated from each other and their Baalboden comrades, each must find a way to achieve what they desperately want: to rid their world once and for all of the Commander and the tech that controls the deadly Cursed One.
Fighting through her pain and embracing the warrior she’s become, Rachel will do whatever it takes to escape her enemies’ clutches and join Logan in his fight. But when she learns a secret that changes everything, she realizes that escaping Ian and his tracker friends is no longer an option if she wants to save the people she loves. Instead, she’ll have to destroy Rowansmark from the inside out—if she can survive the journey through the Wasteland.Logan needs allies if he wants to thwart Rowansmark’s power grab and rescue Rachel. But securing allies will mean betraying his beliefs and enlisting the help of the man he hates more than anyone: Commander Jason Chase. Driven by his fierce love for Rachel and his determination to make their world safe, Logan may be just the weapon the city-states need to defeat the Cursed One.But as Rowansmark bears down and uneasy alliances are tested, will Rachel and Logan’s love for each other be enough to surmount the unbelievable odds against them?

“You want to take out an entire contingent of Rowansmark trackers–“

“Don’t be an idiot.  Not the whole army.  Just the leader.  Cut off the head and the rest of the body just sort of flops around uselessly.”