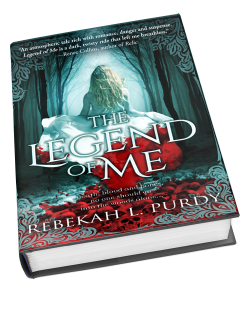 The Legend of Me

Sixteen-year-old Brielle has grown up hearing tales of a beast that kills humans, leaving behind only a scattering of bones and limbs. Or so the village elders say. She thinks it’s just their way of keeping children in line, though it doesn’t explain her grisly premonitions of blood, claws, and severed heads.When Lord Kenrick, Knight of the Crowhurst Order, shows up asking questions about the legendary monster and Brielle finds a mangled body in the woods, she begins to wonder if the grim stories are true. Her attraction to the handsome knight grows as she spends time with him searching for clues to the creature’s existence, and she becomes even more determined to help him discover the beast’s location. But as her seventeenth birthday approaches, her nightmares worsen. If Brielle doesn’t figure out the connection between Kenrick, the monster, and visions of a ghostly woman in the woods soon, more people could die. Including those closest to her…

I love the idea of  finding out that the horror/cautionary tale you’ve grown up hearing actually might be real. Plus, a handsome knight? Yeah. 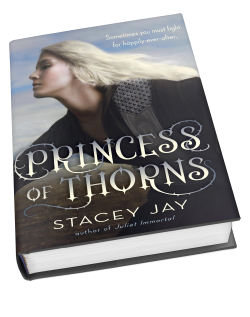 Game of Thrones meets the Grimm’s fairy tales in this twisted, fast-paced romantic fantasy-adventure about Sleeping Beauty’s daughter, a warrior princess who must fight to reclaim her throne.Though she looks like a mere mortal, Princess Aurora is a fairy blessed with enhanced strength, bravery, and mercy yet cursed to destroy the free will of any male who kisses her. Disguised as a boy, she enlists the help of the handsome but also cursed Prince Niklaas to fight legions of evil and free her brother from the ogre queen who stole Aurora’s throne ten years ago.Will Aurora triumph over evil and reach her brother before it’s too late? Can Aurora and Niklaas break the curses that will otherwise forever keep them from finding their one true love?

This sounds like an interesting twist of a fairytale. I love the idea of a warrior princess and a cursed prince. So much intrigue, so much tension, so much potential for epic awesome!