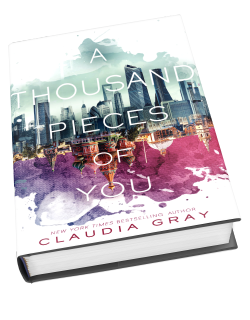 A Thousand Pieces of You

Marguerite Caine’s physicist parents are known for their radical scientific achievements. Their most astonishing invention: the Firebird, which allows users to jump into parallel universes, some vastly altered from our own. But when Marguerite’s father is murdered, the killer—her parent’s handsome and enigmatic assistant Paul—escapes into another dimension before the law can touch him.Marguerite can’t let the man who destroyed her family go free, and she races after Paul through different universes, where their lives entangle in increasingly familiar ways. With each encounter she begins to question Paul’s guilt—and her own heart. Soon she discovers the truth behind her father’s death is more sinister than she ever could have imagined.A Thousand Pieces of You explores a reality where we witness the countless other lives we might lead in an amazingly intricate multiverse, and ask whether, amid infinite possibilities, one love can endure.

Jumping through alternate timelines and “an amazingly intricate multiverse?” Oh yeeeeeeeeeeah.  Bring it on. 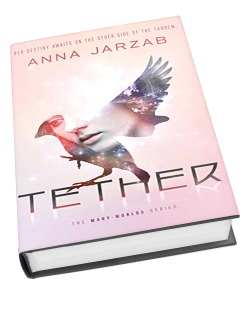 Everything repeats.Sasha expected things to go back to normal once she got back on Earth. But now that she knows parallel worlds are real, and that an alternate version of herself exists in a world called Aurora, her old life no longer seems to make sense . . . and her heart breaks daily for Thomas, the boy she left behind. Troubled by mysterious, often terrifying visions and the echoes of a self she was just beginning to discover, Sasha makes the difficult decision to journey once more through the tandem.Thomas is waiting for her on the other side, and so is strange, otherworldly Selene, Sasha’s analog from a third universe. Sasha, Selene, and their other analog, Juliana, have a joint destiny, and a new remarkable power, one that could mean salvation for Selene’s dying planet. With Thomas’s help, Sasha and Selene search for the missing Juliana. But even if they can locate her, is Sasha willing to turn her back on love to pursue a fate she’s not sure she believes in?

I enjoyed Tandem quite a bit and I’m very excited to explore this world more.