In the beginning was the darkness, and in the darkness was a girl, and in the girl was a secret…In the domed city of Yuan, the blind Princess Isra, a Smooth Skin, is raised to be a human sacrifice whose death will ensure her city’s vitality. In the desert outside Yuan, Gem, a mutant beast, fights to save his people, the Monstrous, from starvation. Neither dreams that together, they could return balance to both their worlds.Isra wants to help the city’s Banished people, second-class citizens despised for possessing Monstrous traits. But after she enlists the aid of her prisoner, Gem, who has been captured while trying to steal Yuan’s enchanted roses, she begins to care for him, and to question everything she has been brought up to believe.As secrets are revealed and Isra’s sight, which vanished during her childhood, returned, Isra will have to choose between duty to her people and the beast she has come to love.

The loss of hope is the worst kind of loss.  I don’t want to be the cause of that in someone, even if that someone is a monster. 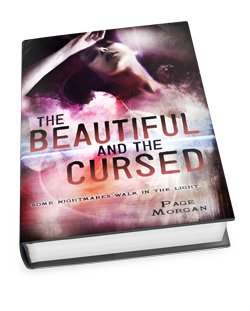 After a bizarre accident, Ingrid Waverly is forced to leave London with her mother and younger sister, Gabby, trading a world full of fancy dresses and society events for the unfamiliar city of Paris.In Paris there are no grand balls or glittering parties, and, disturbingly, the house Ingrid’s twin brother, Grayson, found for them isn’t a house at all. It’s an abandoned abbey, its roof lined with stone gargoyles that could almost be mistaken for living, breathing creatures.And Grayson has gone missing.No one seems to know of his whereabouts but Luc, a devastatingly handsome servant at their new home.Ingrid is sure her twin isn’t dead—she can feel it deep in her soul—but she knows he’s in grave danger. It will be up to her and Gabby to navigate the twisted path to Grayson, a path that will lead Ingrid on a discovery of dark secrets and otherworldly truths. And she’ll learn that once they are uncovered, they can never again be buried.

“What are they doing here, anyway?” the girl asked, flicking her hand in the air.  She turned to Nolan.  “The Alliance is an underground army, not a social club.”
“I didn’t notice anyone wearing party clothes,” Gabby cut in with an equal amount of sass.  “The only reason we’ve come is because Mr.”– she caught herself– “Nolan said he knows where our brother is.  So where is he?”