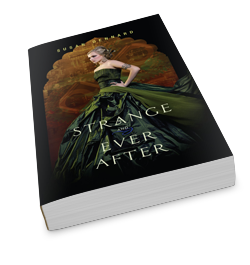 In the conclusion to the trilogy that Publishers Weekly called “a roaring—and addictive—gothic world,” Eleanor Fitt must control her growing power, face her feelings for Daniel, and confront the evil necromancer Marcus…all before it’s too late.He took her brother, he took her mother, and now, Marcus has taken her good friend Jie. With more determination than ever to bring this sinister man to justice, Eleanor heads to the hot desert streets of nineteenth-century Egypt in hopes of ending this nightmare. But in addition to her increasingly tense relationships with Daniel, Joseph, and her demon, Oliver, Eleanor must also deal with her former friend, Allison, who has curiously entangled herself in Eleanor’s mission.With the rising dead chomping at her every move and Jie’s life hanging in the balance, Eleanor is convinced that her black magic will see her through to the bitter end. But there will be a price. Though she and the Spirit Hunters have weathered every battle thus far, there will be consequences to suffer this time—the effects of which will be irreversible. And when it’s over, only some will be able to live a strange and ever after.Susan Dennard will leave readers breathless and forever changed in the concluding pages of this riveting ride.

This hand symbolized everything about our relationship. The good, the bad, and that inevitable, frightening truth that I would one day need the hand, when Oliver was gone.

~ 29%, Strange and Ever After by Susan Dennard 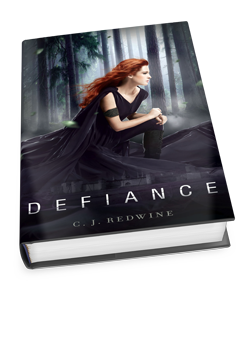 While the other girls in the walled city-state of Baalboden learn to sew and dance, Rachel Adams learns to track and hunt. While they bend like reeds to the will of their male Protectors, she uses hers for sparring practice.When Rachel’s father fails to return from a courier mission and is declared dead, the city’s brutal Commander assigns Rachel a new Protector: her father’s apprentice, Logan—the boy she declared her love to and who turned her down two years before. Left with nothing but fierce belief in her father’s survival, Rachel decides to escape and find him herself.As Rachel and Logan battle their way through the Wasteland, stalked by a monster that can’t be killed and an army of assassins out for blood, they discover romance, heartbreak, and a truth that will incite a war decades in the making.

She speaks around gritted teeth.  “And what kind of woman do you think I am, Logan McEntire?” I snap right back at her.  “Confident.  Strong.  Capable.  Stunning.  An equal partner in this endeavor in every sense of the word.”

I never thought it was fair that anatomy decided what my brain was fit for.  Dad agreed, and I’d soaked up everything he could teach me.  Once, I’d tried to teach Sylph the wonders of being able to open a book and understand the words inside, but she’d shrugged it off.  She didn’t need to read.  She’d have a Protector for that.