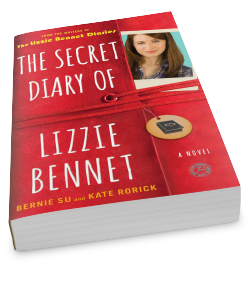 Twenty‑four‑year‑old grad student Lizzie Bennet is saddled with student loan debt and still living at home along with her two sisters—beautiful Jane and reckless Lydia. When she records her reflections on life for her thesis project and posts them on YouTube, she has no idea The Lizzie Bennet Diaries will soon take on a life of their own, turning the Bennet sisters into internet celebrities seemingly overnight.When rich and handsome Bing Lee comes to town, along with his stuck‑up friend William Darcy, things really start to get interesting for the Bennets—and for Lizzie’s viewers. But not everything happens on‑screen. Lucky for us, Lizzie has a secret diary.The Secret Diary of Lizzie Bennet takes readers deep inside Lizzie’s world and well beyond the confines of her camera—from the wedding where she first meets William Darcy to the local hangout of Carter’s bar, and much more. Lizzie’s private musings are filled with revealing details about the Bennet household, including her growing suspicions about her parents’ unstable financial situation, her sister’s budding relationship with Bing Lee, the perils of her unexpected fame, and her uncertainty over her future—and whom she wants to share it with.

“Thank you, Mr. Bennet!  I am supremely gratified that my darling fiancee has agreed to become my permanent life partner,” Ricky said so gleefully that little flecks of mashed potato ended up in his George Lucas beard. (The definition of a George Lucas beard being a beard grown to indicate a maturity that one’s boyish features or a naive aspect might otherwise belie. See also: lack of chin.) 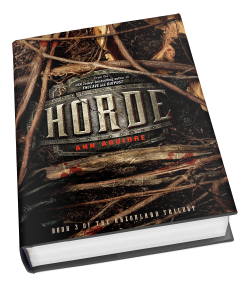 The horde is coming.Salvation is surrounded, monsters at the gates, and this time, they’re not going away. When Deuce, Fade, Stalker and Tegan set out, the odds are against them. But the odds have been stacked against Deuce from the moment she was born. She might not be a Huntress anymore, but she doesn’t run. With her knives in hand and her companions at her side, she will not falter, whether fighting for her life or Fade’s love.Ahead, the battle of a lifetime awaits. Freaks are everywhere, attacking settlements, setting up scouts, perimeters, and patrols. There hasn’t been a war like this in centuries, and humans have forgotten how to stand and fight. Unless Deuce can lead them.This time, however, more than the fate of a single enclave or outpost hangs in the balance. This time, Deuce carries the banner for the survival of all humanity.

“So it won’t bother you if I find someone else?”

His jaw clenched, and I saw the muscle move before he got it under control.  “I thought you said you’d fight for me.”

“And you said it’s too late.”  I offered him a faint smile along with his watch.  “So it’s a good thing I don’t intend to listen to you.”

I was running blind and hoping that the journey ended with Fade beside me.

When next I woke, the world was a blur of snarls and yellow fangs.