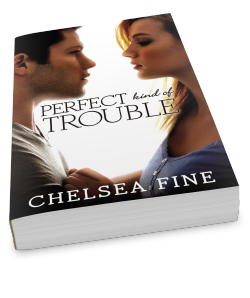 Sometimes when perfect falls apart, a little trouble fixes everything . . . Twenty-one-year-old Kayla Turner has lost everything. After spending most of her life taking care of her ailing mother, she just wants to spot a glimmer of light at the end of the tunnel. So when her late father-a man she barely knew-leaves her an inheritance, she finally breathes a sigh of relief . . . until she learns the inheritance comes with strings. Strings in the form of handsome playboy Daren Ackwood, her father’s protégé. To see any of her inheritance, she’s forced to team up with him. From his expensive car to those sexy dimples, Kayla’s seen his type before. But Daren isn’t who he seems to be . . .Struggling to make amends for his family’s mistakes, Daren has a life more Oliver Twist than Richie Rich these days. He’s beyond grateful that James Turner included him in his will, but working with Turner’s princess of a daughter to fulfill his cryptic last wish is making Daren wonder if being broke is really so bad. Still, she’s just as beautiful as she is stubborn, and the more time he spends with Kayla, the less it feels right being without her. Soon Daren and Kayla begin to wonder if maybe the best gift Kayla’s dad could have left them . . . was each other.

“I’m six feet tall and your  car is the size of a marshmallow. The fact that I fit inside it at all is a miracle, let alone defeating the center console obstacle course you have set up here.  What is this, a water bottle?” I hold up a giant plastic thermos. “It’s the size of a sink.” 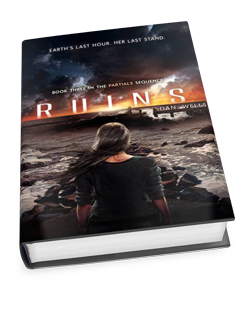 Kira, Samm, and Marcus fight to prevent a final war between Partials and humans in the gripping final installment in the Partials Sequence, a series that combines the thrilling action of The Hunger Games with the provocative themes of Blade Runner and The Stand.There is no avoiding it—the war to decide the fate of both humans and Partials is at hand. Both sides hold in their possession a weapon that could destroy the other, and Kira Walker has precious little time to prevent that from happening. She has one chance to save both species and the world with them, but it will only come at great personal cost.

Nine partials could destroy a community like this; nice angry, possibly unhinged Partials would cut through it like a rain of blades.  It should be Kira deciding this, he thought, not me–she was the leader, the thinker, the visionary.  I’m just some guy.