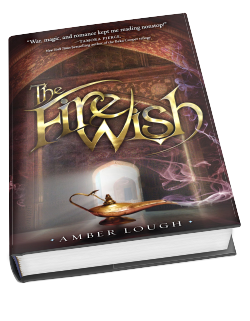 A jinni. A princess. And the wish that changes everything. . . . Najwa is a jinni, training to be a spy in the war against the humans. Zayele is a human on her way to marry a prince of Baghdad—which she’ll do anything to avoid. So she captures Najwa and makes a wish. With a rush of smoke and fire, they fall apart and re-form—as each other. A jinni and a human, trading lives. Both girls must play their parts among enemies who would kill them if the deception were ever discovered—enemies including the young men Najwa and Zayele are just discovering they might love.

Honestly, The Fire Wish just looks like a ton of fun. 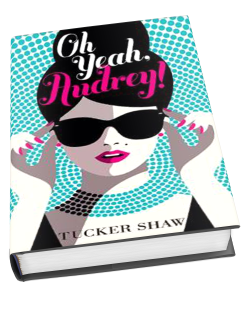 It’s 5:00 a.m. on Fifth Avenue, and 16-year-old Gemma Beasley is standing in front of Tiffany & Co. wearing the perfect black dress with her coffee in hand—just like Holly Golightly. As the cofounder of a successful Tumblr blog—Oh Yeah Audrey!—devoted to all things Audrey Hepburn, Gemma has traveled to New York in order to meet up with her fellow bloggers for the first time. She has meticulously planned out a 24-hour adventure in homage to Breakfast at Tiffany’s; however, her plans are derailed when a glamorous boy sweeps in and offers her the New York experience she’s always dreamed of. Gemma soon learns who her true friends are and that, sometimes, no matter where you go, you just end up finding yourself.Filled with hip and sparkling prose, Oh Yeah, Audrey! is as much a story of friendship as it is a love letter to New York, Audrey Hepburn, and the character she made famous: Holly Golightly.

I’m a lover of all things Audrey Hepburn. I have been since I was a teenager and saw Roman Holiday. So a book centered around a teen who loves her as much as I do…I’m so looking forward to that! =)