What really happened after the clock struck midnight?Jane Montjoy is tired of being a lady. She’s tired of pretending to live up to the standards of her mother’s noble family-especially now that the family’s wealth is gone and their stately mansion has fallen to ruin. It’s hard enough that she must tend to the animals and find a way to feed her mother and her little sister each day. Jane’s burden only gets worse after her mother returns from a trip to town with a new stepfather and stepsister in tow. Despite the family’s struggle to prepare for the long winter ahead, Jane’s stepfather remains determined to give his beautiful but spoiled child her every desire. When her stepfather suddenly dies, leaving nothing but debts and a bereaved daughter behind, it seems to Jane that her family is destined for eternal unhappiness. But a mysterious boy from the woods and an invitation to a royal ball are certain to change her fate…From the handsome prince to the evil stepsister, nothing is quite as it seems in Tracy Barrett’s stunning retelling of the classic Cinderella tale.

Jane winced at the recollection of Isabella’s biting words, even though the girl had merely repeated what Jane herself had recognized long ago: she and Maude weren’t ladies who were so bored with their lives of ease that they played at being dairymaid and hen girl and needlewoman.  She and Maude were dairymaids and hen girls and needlewomen, and they were also wood choppers and floor sweepers and cooks.

~ 19%, The Stepsister’s Tale by Tracy Barrett 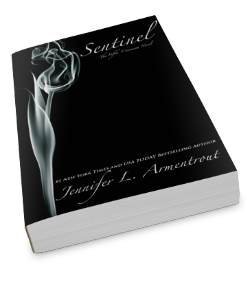 It’s a beautiful day for a war.As the mortal world slowly slips into chaos of the godly kind, Alexandria Andros must overcome a stunning defeat that has left her shaken and in doubt of their ability to end this war once and for all.And with all the obstacles between Alex and her happily-ever-after with the swoonworthy Aiden St. Delphi, they must now trust a deadly foe as they travel deep into the Underworld to release one of the most dangerous gods of all time.In the stunning, action-packed climax to the bestselling Covenant series, Alex must face a terrible choice: the destruction of everything and everyone she holds dear… or the end of herself.

“There’s a couple of eagles mixed in there,” Luke commented.

“And a few hawks,” Aiden added.