Arabella Holmes was born different and raised different. After it became apparent she wouldn’t fit the role of a proper 1900’s lady, her father, Sherlock, called in some lingering favors, and landed her a position at the Mutter Museum. The museum was Arabella’s dream; she was to become a purveyor of abnormal science. What her father called a BoneSeeker.Henry Watson arrives at the Mutter Museum with a double assignment–to become a finder of abnormal antiquities and to watch over and keep Arabella Holmes. An easy task, if he could only get her to speak to him instead of throwing knives in his general direction.But this is no time for child’s play. The two teens are assigned to a most secret exploration, when the hand of a Nephilim is unearthed in upstate New York. Soon, Arabella and Henry are caught in a fight for their lives as scientific debate swirls around them. Are the bones from a Neanderthal … or are they living proof of fallen angels, who supposedly mated with humans according to ancient scrolls?Sent to recover the skeleton, they discover they are the second team to have been deployed and the entire first team is dead. And now they must trust their instincts and rely on one another in order to survive and uncover the truth.

He begins, “Be not afraid of greatness….”

The window bursts back open. I hear the bones shift behind me.

I finish it, “Some are born great, some achieve greatness, and some have greatness thrust upon them.”

He nods. “Consider yourself thrusted.” 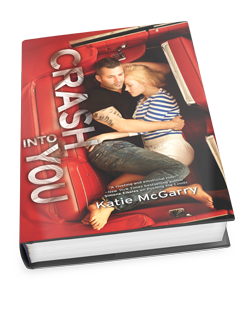 The girl with straight As, designer clothes and the perfect life—that’s who people expect Rachel Young to be. So the private-school junior keeps secrets from her wealthy parents and overbearing brothers…and she’s just added two more to the list. One involves racing strangers down dark country roads in her Mustang GT. The other? Seventeen-year-old Isaiah Walker-a guy she has no business even talking to. But when the foster kid with the tattoos and intense gray eyes comes to her rescue, she can’t get him out of her mind. Isaiah has secrets, too. About where he lives, and how he really feels about Rachel. The last thing he needs is to get tangled up with a rich girl who wants to slum it on the south side for kicks-no matter how angelic she might look. But when their shared love of street racing puts both their lives in jeopardy, they have six weeks to come up with a way out. Six weeks to discover just how far they’ll go to save each other.

I snuggle closer to Isaiah, and he locks his other arm around me.  I ignore the voices in my head and focus on the one person who loves what no one else can:  the real me.