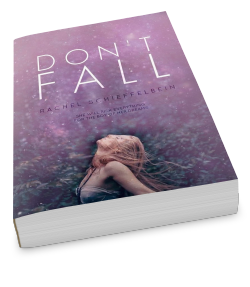 Seventeen-year-old Anya leads a very secluded life in a house on the edge of town with her adopted mother. She doesn’t go to school, but instead has a private tutor. Her over-protective mom keeps her so sheltered that she doesn’t even have a best friend. But Anya doesn’t seem to mind. She has her books, her photography, and her daydreams, and would do anything to please her mom. Until one day at the library, the only place she’s allowed to go, she takes a picture of a beautiful boy.Before long she’s lying to her mom, and sneaking out late at night to meet Zander. But Zander wants more than a secret romance. If Anya wants to be with the boy of her dreams, she will have to risk her relationship with the only other person she’s ever cared about.

I didn’t feel together.  Every time I looked at her, I felt less and less together.  But in a very good way.

In this dazzling and long-awaited conclusion to the acclaimed Mortal Instruments series, Clary and her friends fight the greatest evil they have ever faced: Clary’s own brother.Sebastian Morgenstern is on the move, systematically turning Shadowhunter against Shadowhunter. Bearing the Infernal Cup, he transforms Shadowhunters into creatures out of nightmare, tearing apart families and lovers as the ranks of his Endarkened army swell.The embattled Shadowhunters withdraw to Idris – but not even the famed demon towers of Alicante can keep Sebastian at bay. And with the Nephilim trapped in Idris, who will guard the world against demons?When one of the greatest betrayals the Nephilim have ever known is revealed, Clary, Jace, Isabelle, Simon, and Alec must flee – even if their journey takes them deep into the demon realms, where no Shadowhunter has set foot before, and from which no human being has ever returned…Love will be sacrificed and lives lost in the terrible battle for the fate of the word in the thrilling final installment of the classic urban fantasy series The Mortal Instruments!

“No killing,” Jordan said.  “We’re trying to make you feel peaceful.  Blood, killing, war, those are all non-peaceful things.  Isn’t there anything else you like?”

“I’m starting to think we have a problematic issue of personal philosophy here.”

“We work through this together, remember?  No shutting me out.  No epic sulks.”

“I was figuring I could sulk for Idris in the next Olympics,” Jace said, but his voice was already softening, the edge of hard self-loathing filed away, wryness and amusement taking its place.

“You and Alec could go for pair sulking,” said Clary with a smile. “You’d get the gold.”