In the real world, when you vanish into thin air for a week, people tend to notice. After his unexpected journey into the lands of the fey, Ethan Chase just wants to get back to normal. Well, as “normal” as you can be when you see faeries every day of your life. Suddenly the former loner with the bad reputation has someone to try for-his girlfriend, Kenzie. Never mind that he’s forbidden to see her again. But when your name is Ethan Chase and your sister is one of the most powerful faeries in the Nevernever, “normal” simply isn’t to be. For Ethan’s nephew, Keirran, is missing, and may be on the verge of doing something unthinkable in the name of saving his own love. Something that will fracture the human and faery worlds forever, and give rise to the dangerous fey known as the Forgotten. As Ethan’s and Keirran’s fates entwine and Keirran slips further into darkness, Ethan’s next choice may decide the fate of them all.

“You can’t save everyone,” he said in a gentle voice. “Sometimes, you have to make the decision to let them go.” 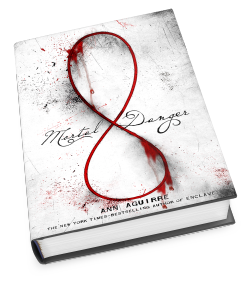 Revenge is a dish best served cold.Edie Kramer has a score to settle with the beautiful people at Blackbriar Academy. Their cruelty drove her to the brink of despair, and four months ago, she couldn’t imagine being strong enough to face her senior year. But thanks to a Faustian compact with the enigmatic Kian, she has the power to make the bullies pay. She’s not supposed to think about Kian once the deal is done, but devastating pain burns behind his unearthly beauty, and he’s impossible to forget.In one short summer, her entire life changes, and she sweeps through Blackbriar, prepped to take the beautiful people down from the inside. A whisper here, a look there, and suddenly… bad things are happening. It’s a heady rush, seeing her tormentors get what they deserve, but things that seem too good to be true usually are, and soon, the pranks and payback turns from delicious to deadly. Edie is alone in a world teeming with secrets and fiends lurking in the shadows. In this murky morass of devil’s bargains, she isn’t sure who—or what–she can trust. Not even her own mind…

On the surface, he was heartbreakingly beautiful, but that wasn’t the core of him.  Instead, he was a bundle of fears and scars, and I was so afraid I could love those imperfections.