sponsored by
Oops!  I Read A Book Again 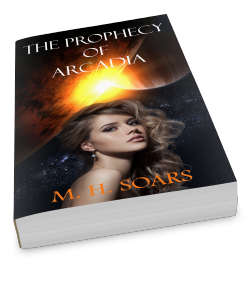 Being a teenager is tough, especially when you have to pretend to be something you’re not, and you’re in love with someone you shouldn’t. 115 years ago, a small planet called Arcadia was invaded by a vicious alien race and nearly destroyed. Cut off from their resources, the Arcadians turned to Earth for help. A group of Arcadian explorers discovered a Prophecy that claimed their salvation lay in the hands of two children from Earth. To ensure their safety, the Arcadian Council sent their most gifted youngsters to Earth to act as protectors. Samantha is one of them.

To succeed in her mission she must learn to control her Arcadian powers and keep her true identity from her best friend, and the girl she swore to protect, Alexia. But Samantha will soon realize that nothing is as it seems. Someone is trying to prevent the Prophecy from taking place and the prophecy boy hasn’t been found yet. There is also a new drug circulating at school that is turning students into freakishly strong menaces.

To make matters worse, distractions keep getting in her way. Such as her love/hate relationship with her “cousin” Matthew. Or her confused feelings toward popular and mysterious Julian. She wants nothing more than to be free to live her life. But the survival of Arcadia depends on her and her friends. Free will is not an option.

The Prophecy of Arcadia Excerpt 4 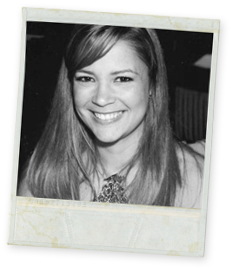 M. H. Soars is what we like to call a United Nations child. She was born in the United States but grew up in several different countries which gave her a broader perspective of life. She has always been passionate about books and stories and at a certain point had a comic book series going.
With a background in fashion design she always thought she was going to follow that path. But the characters in her head kept begging to be set free. So she decided to write their stories. A couple of years and a baby later, the first installment of her Arcadian Wars series is finally done.
M. H. Soars currently resides in New Mexico with her husband and baby daughter. She loves to read novels in the YA, PNR, Fantasy, Historical Fiction, and Chick Lit genres. When not devouring said novels, you may find her shopping online (she’s an expert), blogging about fashion, or trying to teach her daughter to walk (even though she’s too young for that).
If you would like to learn more about M. H. Soars and her projects, follow her on Facebook, Twitter, Pinterest, or visit her blog.

There are TWO giveaways with this blog tour!

FIRST, win an ebook of The Prophecy of Arcadia!