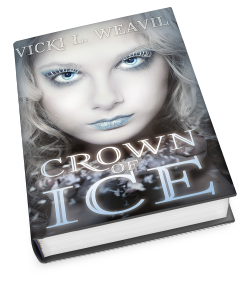 Thyra Winther’s seventeen, the Snow Queen, and immortal, but if she can’t reassemble a shattered enchanted mirror by her eighteenth birthday she’s doomed to spend eternity as a wraith.Armed with magic granted by a ruthless wizard, Thyra schemes to survive with her mind and body intact. Unencumbered by kindness, she kidnaps local boy Kai Thorsen, whose mathematical skills rival her own. Two logical minds, Thyra calculates, are better than one. With time rapidly melting away she needs all the help she can steal.A cruel lie ensnares Kai in her plan, but three missing mirror shards and Kai’s childhood friend, Gerda, present more formidable obstacles. Thyra’s willing to do anything – venture into uncharted lands, outwit sorcerers, or battle enchanted beasts — to reconstruct the mirror, yet her most dangerous adversary lies within her breast. Touched by the warmth of a wolf pup’s devotion and the fire of a young man’s desire, the thawing of Thyra’s frozen heart could be her ultimate undoing.CROWN OF ICE is a YA Fantasy that reinvents Hans Christian Andersen’s “The Snow Queen” from the perspective of a young woman who discovers that the greatest threat to her survival may be her own humanity.

I love the idea of exploring The Snow Queen fairytale from the perspective of the “villain.”  Totally can’t wait for this. 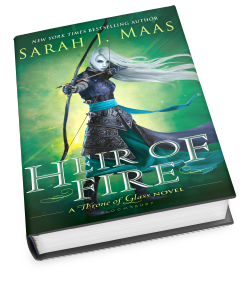 Lost and broken, Celaena Sardothien’s only thought is to avenge the savage death of her dearest friend: as the King of Adarlan’s Assassin, she is bound to serve this tyrant, but he will pay for what he did. Any hope Celaena has of destroying the king lies in answers to be found in Wendlyn. Sacrificing his future, Chaol, the Captain of the King’s Guard, has sent Celaena there to protect her, but her darkest demons lay in that same place. If she can overcome them, she will be Adarlan’s biggest threat – and his own toughest enemy. While Celaena learns of her true destiny, and the eyes of Erilea are on Wendlyn, a brutal and beastly force is preparing to take to the skies. Will Celaena find the strength not only to win her own battles, but to fight a war that could pit her loyalties to her own people against those she has grown to love?

So the ending of Crown of Midnight nearly killed me.  While the book was totally amazing  and I loved every single page, I simply need more!  I can’t wait to see where these characters go from here!