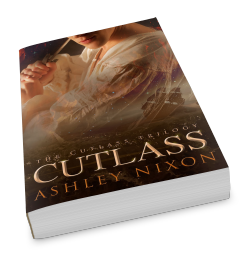 Notorious pirate Barren Reed has one thing on his mind: Revenge against the man who killed his father. So kidnapping his enemy’s fiancé seems a perfect plan…until he actually does it.

Larkin Lee is more than a pretty face and fiancé to a powerful man. Her fierce personality is enough to make any pirate want to push her overboard.

But when the King of the Orient comes to Barren with a task—to find the Bloodstone, a powerful gem thought only to exist in legend, Barren sees another opportunity to destroy his enemy. Together, Barren, Larkin and a crew of pirates set off to find the stone, only to discover it caused the death of Barren’s own mother and Larkin’s, too. As his  strongest allies turn into his greatest enemies, and the life of the girl he kidnapped becomes more important than he ever dreamed, Barren’s quest for revenge becomes a fight to save the Orient.

10. Elizabeth Swann from Pirates of the Caribbean, the Pirate Queen!

I loved that Elizabeth went from being a lady and wearing pretty dresses to wielding a sword and leading some pirates into battle! Morgause shows up in Uther’s court dressed up in all chain mail, complete with a helmet to hide her long blonde hair. When she’s revealed as a girl and throws down her gauntlet before Arthur, no one takes her seriously. Then she kicks ass and it’s awesome…even if she is a little bad. 8. Scarlet from Scarlet by A.C. Gaughen

“I gripped my knife tip between my fingers and threw it.

It sank into Gisbournes’s forearm and he dropped Much, who hit the horses’s neck and sort of barrel-rolled to the ground. He scampered out quick, though, and Gisbourne yelled, “Follow me!

7. Tauriel from The Hobbit
While I’m not a fan of adding characters who aren’t in the books, I did like Tauriel just fine. It was nice to have someone comparable to Eowyn. She might have used a bow mostly, but I enjoy watching any fight scene where a girl can take down just as many bad guys as the boys.

If you’ve read Crown of Midnight and the Throne of Glass Novellas, you get to see Celaena kick some butt. There’s blood and more blood. She also has a conscious which is nice.

“This time, she wouldn’t fail.
The men weren’t even looking at the window when she hurtled through. And by the time she landed on the mezzanine and rolled into a crouch, two of her daggers were already flying.”

Lady Sif is hardcore. Not only is she hardcore in the Thor movies, but she is actually pretty hardcore in Norse Myth (in which she’s also Thor’s wife). In Norse Mythology, she is known for her golden hair (I think Loki cuts it off at one point, too). Aside from all that, she’s always ready for a good fight. Like many of our heroines, she’s usually the only girl in the pack, but she’s their equal. Disney and Once Upon a Time Mulan are both pretty kickass. Their both strong-willed and brave! Like many of our heroines, Mulan gets to surprise everyone by…guess what…being a woman! Hopefully at some point it won’t be so surprising.

(Source: http://belllator.tumblr.com/post/60299565210)
Though…twisting in a fight like that would probably get her killed.

The thing I always loved about Buffy, was that she was NEVER scared. It’s like she was born to kill bad things. 😉 She uses a variety of weapons–like a crossbow, stakes, and blades…she’s also cheated death like two times!

This girl has some crazy-scary made skills. I mean it when I say they are scary. She walks into a room full of baddies and takes them all down. ALL OF THEM. As the first badass heroine with a sword I encountered, Eowyn gets my first spot. The Lord of the Rings is already male-heavy on the character side, and to have Eowyn fearlessly ride into battle and defeat the Witch-king of Angmar? Well, that stuck with me over the years. Eowyn is awesome.

I hope you enjoyed my list! Let me know who your favorite blade-wielding heroines are! 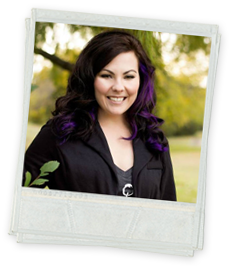 Ashley Nixon was born and raised in Oklahoma, where the wind really does sweep down the plains, and horses and carriages aren’t used as much as she’d like. When she’s not writing, she’s hard at work on her Master’s degree in Library Science and Information Technology, working out, or pretending she’s Sherlock Holmes. Her obsession with writing began after reading the Lord of the Rings in the eighth grade. Since then, she’s loved everything Fantasy–resulting in an unhealthy obsession with the ‘geek’ tab on Pinterest, where all things awesome go.