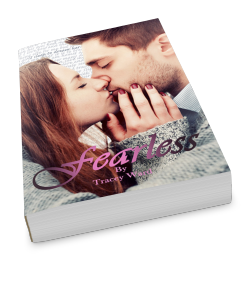 My name is Nick Carver and I have a superpower.Be jealous. Be very, very jealous. I’ve only begun to touch the edges of the power lying coiled inside of me. No one knows what I’m capable of. Of how far I can go, least of all me. That should scare me but it doesn’t because let’s be honest, nothing does.Not even the fact that I’m dying. Again.She saved me once before, I have every faith she can save us all now. If there’s one thing in this world I wholeheartedly believe in, it’s Alex.You’re probably wondering how we got here. How we went from a frozen island halfway between Russia and a polar bear’s butt to this deadly tropical paradise in French Polynesia. How we formed our gang of misfit, pissed-off superheroes that got us here. How after everything we’ve been through I’ve ended up right back where I started – gasping my last breathes alone in the cold. I’ll gladly tell you, but listen close. Pay attention. I don’t have a lot of time…

I just finished the first book in this series two days ago, and I was completely sucked into Alex and Nick’s story.  Which is saying A LOT, because I’ve had major book ADD for the last month.  Their romance was just fantastically well-developed, the paranormal twist was excellently done, the plot was completely captivating, and I’m absolutely dying to read what comes next for the two of them. *grabby, grabby hands* 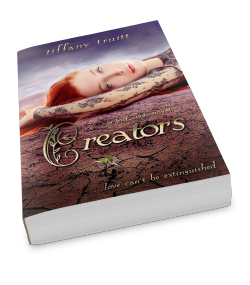 The dramatic conclusion to the Lost Souls trilogy, which answers readers’ questions and finally pits natural Tess against the true enemies of Templeton, the creatorsHeartbroken but more determined than ever after a tense showdown in the woods, sixteen-year-old Tess once again returns to the safety of her community of Isolationists. Bolstered by new alliances and desperate to protect those she loves, this time she knows she can return stronger and more powerful than ever to take back what is hers. As she trains in combat and grows more confident, Tess receives beautiful letters penned by her forbidden love, the chosen one James, from his prison in Templeton. He is now serving as a bodyguard to the creators-the team of scientists who created artificial life in the first place. And what he has discovered about the true origin of the illness that halted natural life could change everything. Enemy will become ally and death will bring new hope in this stunning conclusion to Tiffany Truitt’s epic Lost Souls trilogy.

This series has really intrigued me, and I’m really looking forward to seeing its conclusion.