organized by YA BOUND

WOULD YOU RISK YOUR LIFE FOR JUST ONE DAY OF FREEDOM?

For hardworking teen, Dee Pageau, the annual employee picnic will let her escape the drudgery of work and possibly find love with her best friend Mae’s older brother, Karel. But in 1915 Chicago, girls don’t go on picnics without their mother’s approval. Unfortunately for Dee, Mama has had a premonition of disaster and forbids Dee from going. Forced to watch as Mae and Karel leave without her, Dee defies Mama and rushes off to join her friends. But Dee’s joy soon turns to terror when the ship ferrying them to the picnic capsizes. Rescued not once but twice-by Karel and a mysterious sailor-Dee finds herself tested in unimaginable ways. What happens next turns out to be worse … and better … than anything Dee ever expected.

Marie Cheatham’s Eastland is a fictionalized take on the real life, historical disaster of of the SS Eastland that occurred in Chicago on July 24, 1915. After struggling to right itself, the large ship which was preparing for departure and carrying a large group of Western Electric employees and their families, keeled over onto its side in the Chicago River. Eight hundred forty-four souls were lost in a tragedy that, even today, marks the Great Lakes’ largest loss of human life.  Cheatham captures and retells this tragedy through the eyes of her heroine, Delia Pageau – the initial sense of excitement and jubilation that transmutes into terror, shock and grief; the chaos of the aftermath; the far-reaching enormity of the tragedy and the ripple effects; the strong sense of community within Dee’s neighborhood; the gaping hole left behind by those who were lost. Cheatham did a fantastic job of taking a historical event and giving it life, proving it’s neither dusty nor stale and far from boring, but rather that it’s living, breathing, still relevant and relatable. And she does this in a way that’s altogether heartbreaking, poignant, bittersweet… and also, well and thoroughly researched.

Speaking of research, this book sent me to the internet countless times, looking up facts about the Eastland – passenger lists, causes, photos, bits of miscellany – not because I thought Cheatham’s explanations were lacking or unclear, but because I was fascinated and eager to know more. I love when a novel inspires me to do research on my own, when it pushes me to learn something new.

However, though I thoroughly enjoyed the historical bits, this book did have a couple drawbacks for me. The first being Dee’s personal growth as a character. The themes the author put in play for Dee are definitely ones I’m on board with, but their emphasis came a little late in the novel causing them to feel a bit tagged on. The other thing came in the form of the romance, and this for a multitude of reasons – the development and pacing never came off as quite organic especially when paired with the ongoing tragedy/aftermath, the love triangle is unnecessary, one of the guys really bothered (concerned) me, and ultimately the resolution of the romance didn’t sit well. Combined, it just didn’t quite work for me. Honestly, and I cannot believe I’m about to say this, I think it would’ve been a stronger story had the romance been either nonexistent or relegated to the periphery.

Overall. Even so, despite my issues, Eastland has proven to be quite an interesting fictionalized glimpse into 1915 Chicago and the events surrounding the capsizing of the SS Eastland. 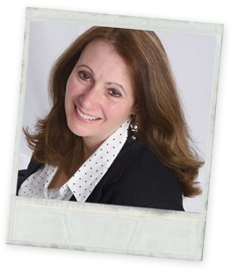 Marian Cheatham lives in a suburb of Chicago with her family and their menagerie of pets. A graduate of Northern Illinois University, Marian taught Special Education for many years before becoming a full-time writer.