organized by Blog Tours by Elana 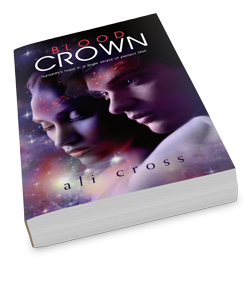 Blurb: Androids have claimed power over what remains of the human race. They rule without remorse. They are the Mind and humans exist only to serve them.

But it wasn’t always so.

Before the android uprising, select droids, called Servants, were pivotal in engineering a new human race with nanotechnology enhanced DNA. The Blood Crown theorum was to be humanity’s crowning glory and the key to their survival in deep space.

But Serantha, Daughter of the West, was the last female to receive Gifts from her Servant and when the Mind mutinied, she was hidden away, and presumed dead.

Without Serantha there is no hope of the Blood Crown being realized so Nicolai, Son of the East, abandons his crown to join the rebel forces. He might not provide the future for his people he had once dreamed of, but he will not go down without a fight.

When Nicolai discovers Sera among a small compliment of kitchen staff, everything changes–but Sera’s Gifts were never completed and she is ill-equipped to face a legion of androids determined to wipe her, and every other human, out of existence.

Their only hope is the Blood Crown–but even if Serantha and Nicolai can realize their potential it may be too late to save mankind.

As you can probably glean from the rating, Blood Crown was a bit of a mixed bag for me — there were things I liked and things that weren’t quite my cup of tea.  So let’s break it down all easy-like…

The premise.  An android-led coup, nanotechnology, the threat of genocide, a hidden princess and a rebel prince with Gifts who together could save mankind? These plot points are ambitious, exciting and winners all.  There’s the promise here of action, adventure, romance and danger mixed with spaceships and artificial life, and for the most part, Blood Crown delivers on this.

The world. (Or should I say, universe?)   Humans living among the stars in massive ships, android servants, a fusion of biology and technology — always very interesting. There is also that long-explored problem of sentience in artificial lifeforms and the treatment of those individuals which begs the questions “How is humanity defined?”, “Can an android exceed its programming?”, “Can an artificial life-form genuinely feel?”  Added to the interesting classist/specist issues, Eastern and Western human empires have come together to try and unite under the banner of taking the next step forward in human evolution. All kinds of interesting.  And then there are the androids who will do anything to stop the humans from achieving this, even as they desperately seek to emulate humanity and its trappings.  It is a world with so many intriguing aspects that hints at a rich history.

The romance. On the whole, it was cute (but not entirely without issue).

Archibald.  This character’s outlook on the human vs. android situation,  his nature, the conflicting circumstances he found himself in because of his integrity, and his reactions to all of it  made him possibly the most interesting character in the piece.  I would’ve loved seeing more from his perspective.

Things I didn’t so much care for.

The execution.  There was some repetition in the first half — actions being repeated, similar wording — plus a few continuity issues, and I found this distracting.  For example, I know that in a ship the size of the Capital, that the elevator (a.k.a. transporter) would be a primary method of getting around, but that said, for the first third of the book, Serantha was constantly up and down and in and out of the thing.  Yes, it’s a relatively minor, but it gets a bit wearing after a while. (Note: These things may be resolved in the final version of the book.)

Also, the lack of explanation as to why things were the way they were bothered me, as some important bits of the story felt a little flimsy when questions like “Who? How? Why?” start getting asked. Who is this “Creator?”  How does the Blood Crown theorem specifically help with human survival in space? I mean, instead of <spoilery things that’ll have a lasting effect>, why not give terraforming a whirl?  Why were the androids necessary… for <spoilery things>? Why these specific (immensely important and irreplaceable) test subjects? Just to name a few queries I had while reading.  Granted, I may have missed something along the way. Totally possible.  But all added together, with such little backstory/history/reasoning given, it left me feeling a bit unsatisfied and not entirely convinced of some of the foundational elements. Yes, I know this seems to contradict the whole “I really like the world!” thing.  But despite this, because of this, and because of my curiosity to know more, I would definitely pick up the second book (if there’s going to be one) to find out more about this world/universe and how it came to be this way.

Also regarding story execution, the pacing around the conclusion was lagging.  Around two thirds of the way in, it seemed like things were coming to a close, but then the story seemed to drag on without a clearly discernible purpose.  The reader is given one eventually, but it was a bit confusing, a bit “Wait. Didn’t we do just do this?”  I understand why it was done in regard to character/plot development, but still, it felt like it was dragging and its purpose took a while to understand.

Serantha. She never seemed fully realized.  There was just so much going on with her character — Her life in the kitchens, her treatment by the staff and the guards, her past coming back to haunt her, <more spoilery things>, assuming a position of leadership, plus more… and her development as a character ended up feeling something akin to a half-popped bag of popcorn.  There just wasn’t the time necessary, with all that was going on, for her to believably process/accept what was happening to her, and when she did, it felt rushed so the story could keep on moving.  There just wasn’t that feeling on my part of there being emotional authenticity on hers, and so I had trouble connecting with her character.  Nicolai, on the other hand, was pretty great.

Overall. Blood Crown is an entertaining and interesting sci-fi novel, but some developmental issues detracted from what could’ve potentially been a really fantastic story. But as always, this is purely my own opinion and, I say if you’re a fan of sci-fi and like ambitious and original concepts, give this one a try and see what you think for yourself. 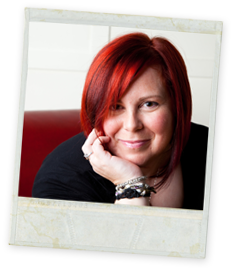 Ali Cross is the sensei of Novel Ninjutsu where she holds a black belt in awesome. She lives in Utah with her kickin’ husband, two sparring sons, one ninja cat, one sumo dog and four zen turtles.

Ali is the award-winning author of young and new adult fiction and moonlights as Alex Cross when she can write wild middle grade adventures set in the faraway places of her imagination.

So… there are THREE giveaways for this blog tour!  How exciting!  So here’s the deal, yo:

Comment below for the chance to win an ebook.

One entry (comment) per person, entrants under 18 years of age must have permission from their parent/guardian to enter.

Ali’s giving away a SIGNED copy of Lee Strauss’s PERCEPTION.  Enter via the Rafflecopter form below.

Click HERE to go to Ali’s blog where you can enter her super awesome giveaway!