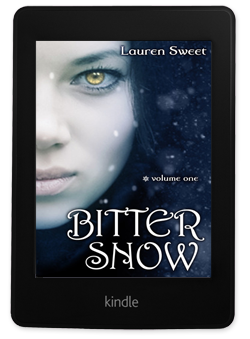 All Gilly Breslin wants for her sixteenth birthday is for her best friend Kai to see her as more than just the girl next door he’s known forever. So when she receives a mysterious, romantic invitation to meet him at midnight, she knows she has to go.

But it’s St. Nicholas’s Eve, the ancient festival of Bellsnichol, when demons roam the dark winter landscape. Tradition demands that everyone in the tiny town of Bremerton stay inside, doors shut tight against evil.

Gilly thinks it’s just a quaint old superstition. She has no idea that a malevolent power has been unleashed in Bremerton—with Kai as its target. But when she answers her door at midnight, her romantic date turns deadly…and she’s drawn into an ancient web of fear and darkness that threatens everything she loves.

He grinned at me. “Polkas on an iPod? Sacrilege!”

“Yeah—to the iPod,” I said. “We can only hope that no one was foolish enough to digitize polka music, and when all the records are gone, the polka will die a natural death.”

“No way,” he said. “Not while there are Lawrence Welk reruns.” 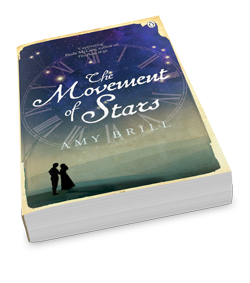 It is 1845, and Hannah Gardner Price dreams of a world infinitely larger than the small Quaker community where she has lived all 25 years of her life – for, as an amateur astronomer, she secretly hopes to discover a comet and win the King of Denmark’s prize for doing so.

But she can only indulge her passion for astronomy as long as the men in her life – her father, brother and family friends – are prepared to support it, and so she treads a fine line between pursuing her dreams and submitting to the wishes and expectations of those around her. That line is crossed when Hannah meets Isaac Martin, a young black whaler from the Azores.

Isaac, like Hannah herself, has ambitions beyond his station. Drawn to him despite their differences, Hannah agrees to tutor him in the art of navigation. As their shared passion for the stars develops into something deeper, however, Hannah’s standing in the community is called into question, and she has to choose: her dreams or her heart.

The idea of a courtship with George was ridiculous not in spite of but because she was enormously fond of him.  But what if his help, his interest, his assistance over the years, had all been tainted by an ulterior motive?  And how could it have been, when she hadn’t a scrap of romantic feeling for him?

~33 % The Movement of Stars by Amy Brill