Winning what you want may cost you everything you love

As a general’s daughter in a vast empire that revels in war and enslaves those it conquers, seventeen-year-old Kestrel has two choices: she can join the military or get married. But Kestrel has other intentions.

One day, she is startled to find a kindred spirit in a young slave up for auction. Arin’s eyes seem to defy everything and everyone. Following her instinct, Kestrel buys him—with unexpected consequences. It’s not long before she has to hide her growing love for Arin.

But he, too, has a secret, and Kestrel quickly learns that the price she paid for a fellow human is much higher than she ever could have imagined.

Set in a richly imagined new world, The Winner’s Curse by Marie Rutkoski is a story of deadly games where everything is at stake, and the gamble is whether you will keep your head or lose your heart.

This sounds like it could deal with some really interesting (and heavy) themes while also being deliciously romantic and angsty.  Plus, I’ve been hearing good things, which is definitely upping the excitement for this one. 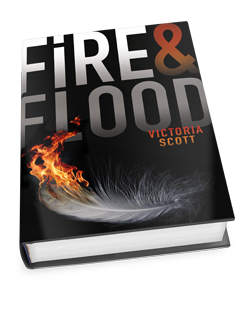 A modern day thrill ride, where a teen girl and her animal companion must participate in a breathtaking race to save her brother’s life—and her own.

Tella Holloway is losing it. Her brother is sick, and when a dozen doctors can’t determine what’s wrong, her parents decide to move to Montana for the fresh air. She’s lost her friends, her parents are driving her crazy, her brother is dying—and she’s helpless to change anything.

Until she receives mysterious instructions on how to become a Contender in the Brimstone Bleed. It’s an epic race across jungle, desert, ocean, and mountain that could win her the prize she desperately desires: the Cure for her brother’s illness. But all the Contenders are after the Cure for people they love, and there’s no guarantee that Tella (or any of them) will survive the race.

The jungle is terrifying, the clock is ticking, and Tella knows she can’t trust the allies she makes. And one big question emerges: Why have so many fallen sick in the first place?

This has amazing potential. I just NEED to know what’s inside this story.