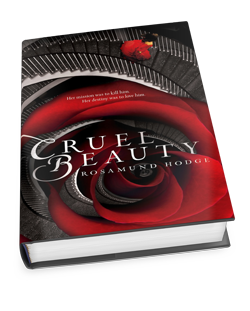 Based on the classic fairy tale Beauty and the Beast, Cruel Beauty is a dazzling love story about our deepest desires and their power to change our destiny. Since birth, Nyx has been betrothed to the evil ruler of her kingdom-all because of a foolish bargain struck by her father. And since birth, she has been in training to kill him. With no choice but to fulfill her duty, Nyx resents her family for never trying to save her and hates herself for wanting to escape her fate. Still, on her seventeenth birthday, Nyx abandons everything she’s ever known to marry the all-powerful, immortal Ignifex. Her plan? Seduce him, destroy his enchanted castle, and break the nine-hundred-year-old curse he put on her people. But Ignifex is not at all what Nyx expected. The strangely charming lord beguiles her, and his castle-a shifting maze of magical rooms-enthralls her. As Nyx searches for a way to free her homeland by uncovering Ignifex’s secrets, she finds herself unwillingly drawn to him. Even if she could bring herself to love her sworn enemy, how can she refuse her duty to kill him? With time running out, Nyx must decide what is more important: the future of her kingdom, or the man she was never supposed to love.

“It made me happy to see you suffer . . . Do you understand?  You are never safe with me.” I drew a shuddering  breath, trying to will away the sting of tears.

He opened his eyes and stared up at me as if I were the door out of Arcadia and back to the true sky. “That’s what makes you my favorite.”  He reached up and wiped a tear off my cheek with his thumb. “Every wicked bit of you.” 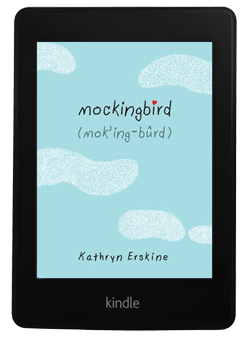 In Caitlin’s world, everything is black or white. Things are good or bad. Anything in between is confusing. That’s the stuff Caitlin’s older brother, Devon, has always explained. But now Devon’s dead and Dad is no help at all. Caitlin wants to get over it, but as an eleven-year-old girl with Asperger’s, she doesn’t know how. When she reads the definition of closure, she realizes that is what she needs. In her search for it, Caitlin discovers that not everything is black and white—the world is full of colors—messy and beautiful. Kathryn Erskine has written a must-read gem, one of the most moving novels of the year.

I guess that the good news is that everybody has to put up with being special because everybody is alive.

Sometimes I read the same books over and over and over. What’s great about books is that the stuff inside doesn’t change. People say you can’t judge a book by its cover but that’s not true because it says right on the cover what’s inside. And no matter how many times you read that book the words and pictures don’t change. You can open and close books a million times and they stay the same. They look the same. They say the same words. The charts and pictures are the same colors.