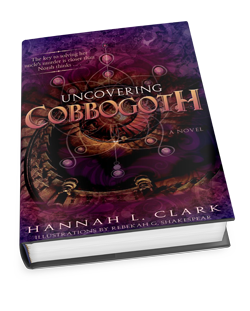 Norah Lukens needs to uncover the truth about the fabled lost city of Cobbogoth. After her archaeologist uncle’s murder, Norah is asked to translate his old research journal for evidence and discovers that his murder was a cover-up for something far more sinister.

When she turns to neighbor and only friend James Riley for help, she realizes that not only is their bitter-sweet past haunting her every step, but James is keeping dangerous secrets. Can Norah discover what they are before its too late to share her own.

Archaeology and old journals and ‘fabled lost cities?’ Where’s my fedora? Because I’m so down with that.

The Fifty-Seven Lives of Alex Wayfare

For as long as 17-year-old Alex Wayfare can remember, she has had visions of the past. Visions that make her feel like she’s really on a ship bound for America, living in Jamestown during the Starving Time, or riding the original Ferris wheel at the World’s Fair.

But these brushes with history pull her from her daily life without warning, sometimes leaving her with strange lasting effects and wounds she can’t explain. Trying to excuse away the aftereffects has booked her more time in the principal’s office than in any of her classes and a permanent place at the bottom of the social hierarchy. Alex is desperate to find out what her visions mean and get rid of them.

It isn’t until she meets Porter, a stranger who knows more than should be possible about her, that she learns the truth: Her visions aren’t really visions. Alex is a Descender – capable of traveling back in time by accessing Limbo, the space between Life and Afterlife. Alex is one soul with fifty-six past lives, fifty-six histories.

Fifty-six lifetimes to explore: the prospect is irresistible to Alex, especially when the same mysterious boy with soulful blue eyes keeps showing up in each of them. But the more she descends, the more it becomes apparent that someone doesn’t want Alex to travel again. Ever.

And will stop at nothing to make this life her last.