A day before the cover of Such Sweet Sorrow was revealed, I saw a fairly lengthy twitter conversation between readers and authors who felt that Juliet was a poor role model to girls, that Romeo and Juliet is a dangerous story that will induce teens to commit suicide over crushes, and that Juliet’s weakness was a character flaw that could not be overcome for a modern audience.

As I said, this was the day before my cover reveal. I couldn’t have landed my eyeballs on that conversation at a worst time.

Still, I was less offended on behalf of my book and more offended on behalf of Juliet. She and I had spent a year together, and I knew for a fact that she wasn’t weak. But I also knew that she was written by an Elizabethan era man, and that’s not exactly the lens through which any teenage girl would want to be viewed. When I wrote Juliet, it was easy to give her agency and confidence, because I’d seen it in her character all along. In Shakespeare’s play, Juliet falls in love with Romeo quickly, that much is true, but it isn’t a totally unfounded, hearts-and-flowers love affair. When they meet, Juliet is downright sarcastic: 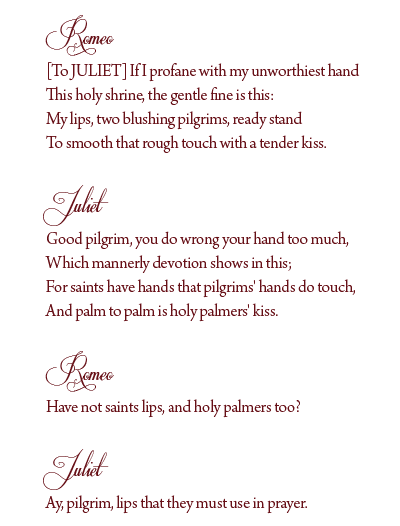 She isn’t falling for his cheesy pick-up lines, but she’s interested in what she sees beneath the act. She isn’t going to swoon for his words, she’s going to make him earn her respect through banter. In fact, later in the scene they kiss, and Juliet asks for another then criticizes his technique, saying, “You kiss by the book.” Juliet isn’t looking for a fairytale romance, and she sees through Romeo’s shallow love-at-first sight.

When she does fall for Romeo, Juliet makes up her mind to marry him and seal the deal behind her parents’ back. She knows the risk she’s taking, and she doesn’t want to make a mistake, so she asks her nurse– a woman closer to her than Juliet’s own mother– for an outsider perspective on Romeo. Of the two of them, Juliet is the most unromantic, looking at the practical while Romeo acts out of passion.

As for her suicide, we have to remember that dying was never Juliet’s plan. She chose to drug herself to the brink of death and be entombed alive in order to avoid a marriage she didn’t want. That doesn’t seem weak to me. When she does commit suicide, it’s not because she can’t live without Romeo, but because she doesn’t want to. Who would want to return to real life and face the wrath of their entire town for all the deaths their actions caused, all the while grieving because they were left behind?

Ophelia, I found, was in a similar position to Juliet: a multi-faceted woman buried under layers of misconceptions. Many view Ophelia as a delicate flower who broke under the weight of her own innocence. But examining the classic “Get thee to a nunnery” scene, it’s a little more like a Spike Jonze movie: 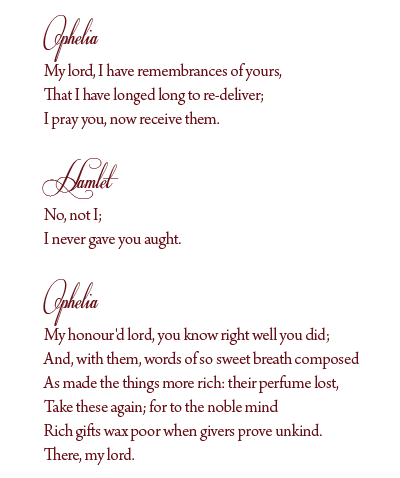 Ophelia isn’t in love with Hamlet; they’re going through a nasty break-up. Now Hamlet is denying he ever gave Ophelia the gift he wants to return. It’s like he’s Eternal Sunshined himself. As the scene escalates, Ophelia becomes convinced Hamlet is either insane or just cruel. Compare this scene to The Eternal Sunshine of The Spotless Mind, the scene where Joel can’t understand why Clementine doesn’t recognize him in the bookstore. They’re nearly identical, but when viewed from Joel’s (Ophelia’s) POV as the protagonist, the character doesn’t seem weak at all.

And I highly doubt she committed suicide. Gertrude gives an account of Ophelia’s death so thorough as to sound like eye witness testimony.

I loved having the chance to write these characters, because I was able to show the sides of these women that aren’t always highlighted for readers and audiences. I would love for readers to walk away from Such Sweet Sorrow feeling like Juliet is a young woman in whom they can see themselves; a complex person who makes decisions with her heart and her head, rather than a moony-eyed daydreamer who is nothing without her man.

And as for Ophelia… you’ll have to wait and see in the sequel. 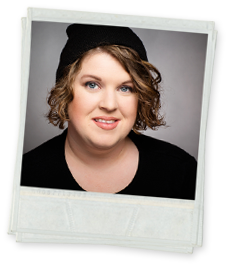 Jenny Trout is an author, blogger, and funny person. Writing as Jennifer Armintrout, she made the USA Today bestseller list with Blood Ties Book One: The Turning. Her novel American Vampire was named one of the top ten horror novels of 2011 by Booklist Magazine Online. She is a proud Michigander, mother of two, and wife to the only person alive capable of spending extended periods of time with her without wanting to kill her.