Free from bonds, but not each other

It’s time to choose sides… On the surface, Sorry-in-the-Vale is a sleepy English town. But Kami Glass knows the truth. Sorry-in-the-Vale is full of magic. In the old days, the Lynburn family ruled with fear, terrifying the people into submission in order to kill for blood and power. Now the Lynburns are back, and Rob Lynburn is gathering sorcerers so that the town can return to the old ways.

But Rob and his followers aren’t the only sorcerers in town. A decision must be made: pay the blood sacrifice, or fight. For Kami, this means more than just choosing between good and evil. With her link to Jared Lynburn severed, she’s now free to love anyone she chooses. But who should that be?’

“What about honor, Angela? What about the craft?”

“I’ve been considering this new headline,” said Kami, “but I’m worried it’s a little juvenile. Tell  me what you think. ‘Rob Lynburn Is Not The Boss Of Me.’ Yes?  No?  I guess he’s the boss of you.” 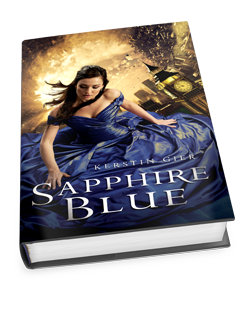 Gwen’s life has been a rollercoaster since she discovered she was the Ruby, the final member of the secret time-traveling Circle of Twelve. In between searching through history for the other time-travelers and asking for a bit of their blood (gross!), she’s been trying to figure out what all the mysteries and prophecies surrounding the Circle really mean.
At least Gwen has plenty of help. Her best friend Lesley follows every lead diligently on the Internet. James the ghost teaches Gwen how to fit in at an eighteenth century party. And Xemerius, the gargoyle demon who has been following Gwen since he caught her kissing Gideon in a church, offers advice on everything. Oh, yes. And of course there is Gideon, the Diamond. One minute he’s very warm indeed; the next he’s freezing cold. Gwen’s not sure what’s going on there, but she’s pretty much destined to find out.

“You’re going to make your lip bleed, biting it like that,” he said.

“I can see that. Would it help if I held your hand?”

I shook my head vigorously.

No, it would make things worse, you idiot! Quite apart from the fact that I’m at a total loss to understand the way you’re treating me now, anyway! Not to mention our relationship in general. What’s more, Mr. Whitman is looking at us like some kind of know-it-all squirrel!

I almost groaned aloud. Would I feel any better if I told him any of what I was thinking? I thought about doing just that for a moment, but I didn’t.